Coconut is the officially a power house fruit from the miracle oil that is good for you skin, hair, gut and nails now to the milk which is now claimed to have properties that can enlarge breasts.

Coconut Palm, a popular coconut milk manufacture in China, has posted a series of advert which claim that the drink boosts the size of your bust.

The adverts, which were first reported by the South China Morning Post , include slogans such as ‘drinking more coconut milk every day can make [your] breasts fuller’ and ’drink one can every day, [your] curves will excite people, whiter and more plump’.

Unsurprisingly, there’s no scientific evidence to back up the manufacturer’s claims.

Several people have taken to Weibo – China’s equivalent of Twitter – to voice their concerns at the adverts.

According to the South China Morning Post, one user said: “When I first saw the advert, I thought some netizen had just Photoshopped it. It’s only now that I realised it was actually true and not someone joking around.” 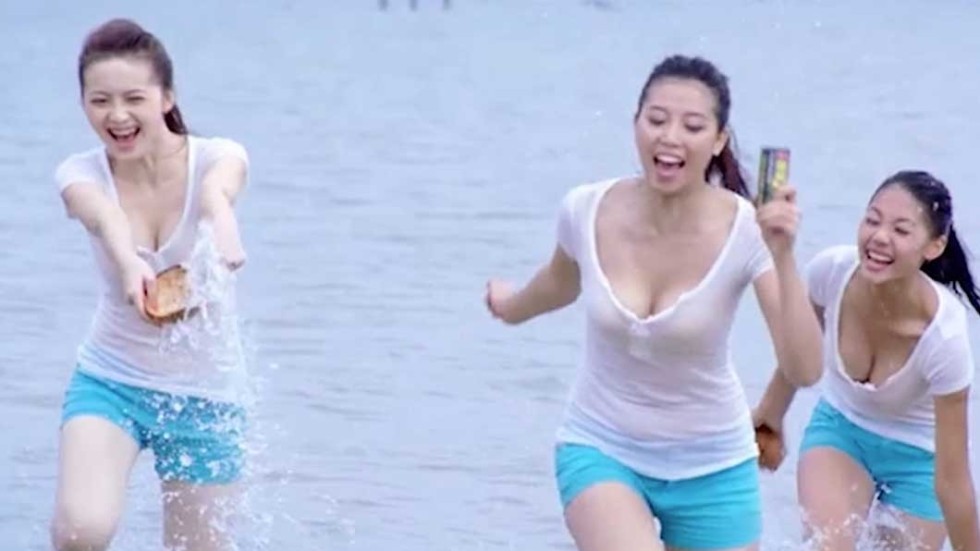 Based on the findings, the Industrial and Commercial Bureau of Longhua district in Haikou wis investigating the adverts.

Xinhua reported: “Market regulatory departments will strictly, and in accordance with the law, carry out inspections and investigate any unlawful advertisements … to protect the legitimate interests of consumers.”