Manny Pacquiao seemed set for a rematch against Floyd Mayweather after easily dispatching Adrien Broner on Saturday, but those plans might have to be put on hold, potentially for good.

Some in the 40-year-old Pacquiao’s camp fear that the boxer might have suffered a detached retina after he complained of pain and vision loss in his left eye on Sunday morning, according to the New York Daily News’ Wallace Matthews. Pacquiao is reportedly scheduled to fly home to the Philippines to see an eye specialist.

Matthews also reported a different source in Pacquiao’s camp claimed the injury was a minor corneal scratch from the tape on Broner’s gloves. 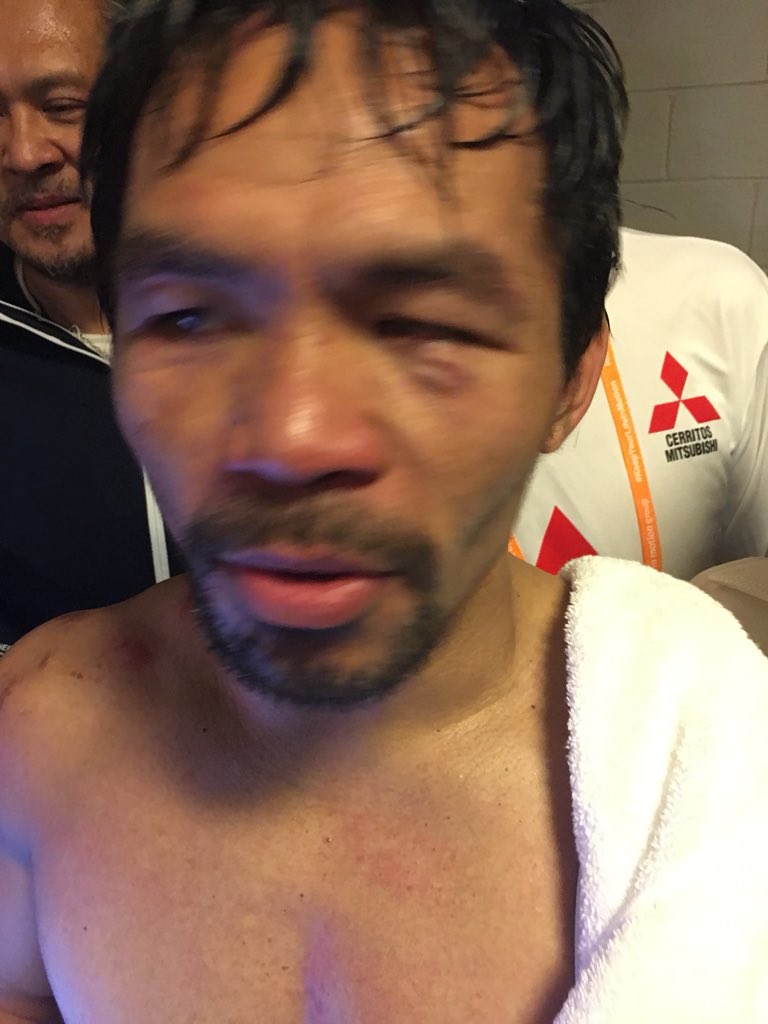 If Pacquiao is indeed diagnosed with a detached retina, it would likely derail not just a potential future matchup against Mayweather, but Pacquiao’s entire boxing career.

This development is shocking given that Pacquiao seemed to have no trouble dispatching Broner, no matter what his opponent claimed after the fight. The win improved the Filipino senator’s boxing record to 61-7-2 and showed that he still had a little left in the tank. 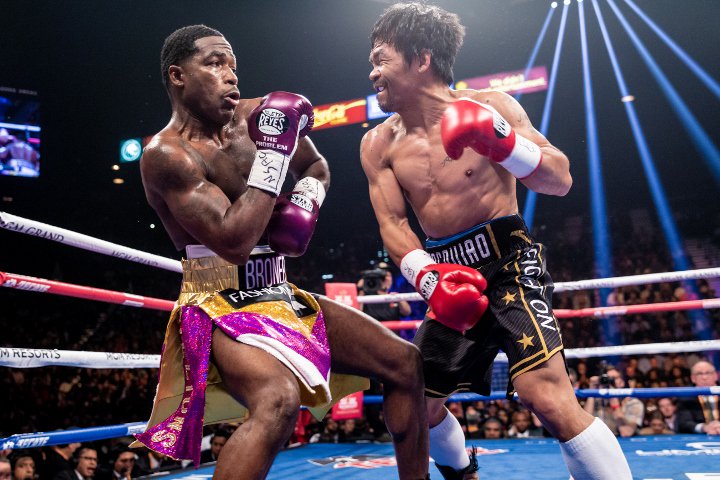 As if the development of a potentially serious eye injury wasn’t enough, Pacquiao also reportedly discovered that a safe in his Los Angeles home containing thousands in cash and jewelry had been plundered. Police responded to an apparent break-in Saturday night when they noticed the door was left open during the fight, the house having been left empty by Pacquiao’s entourage.