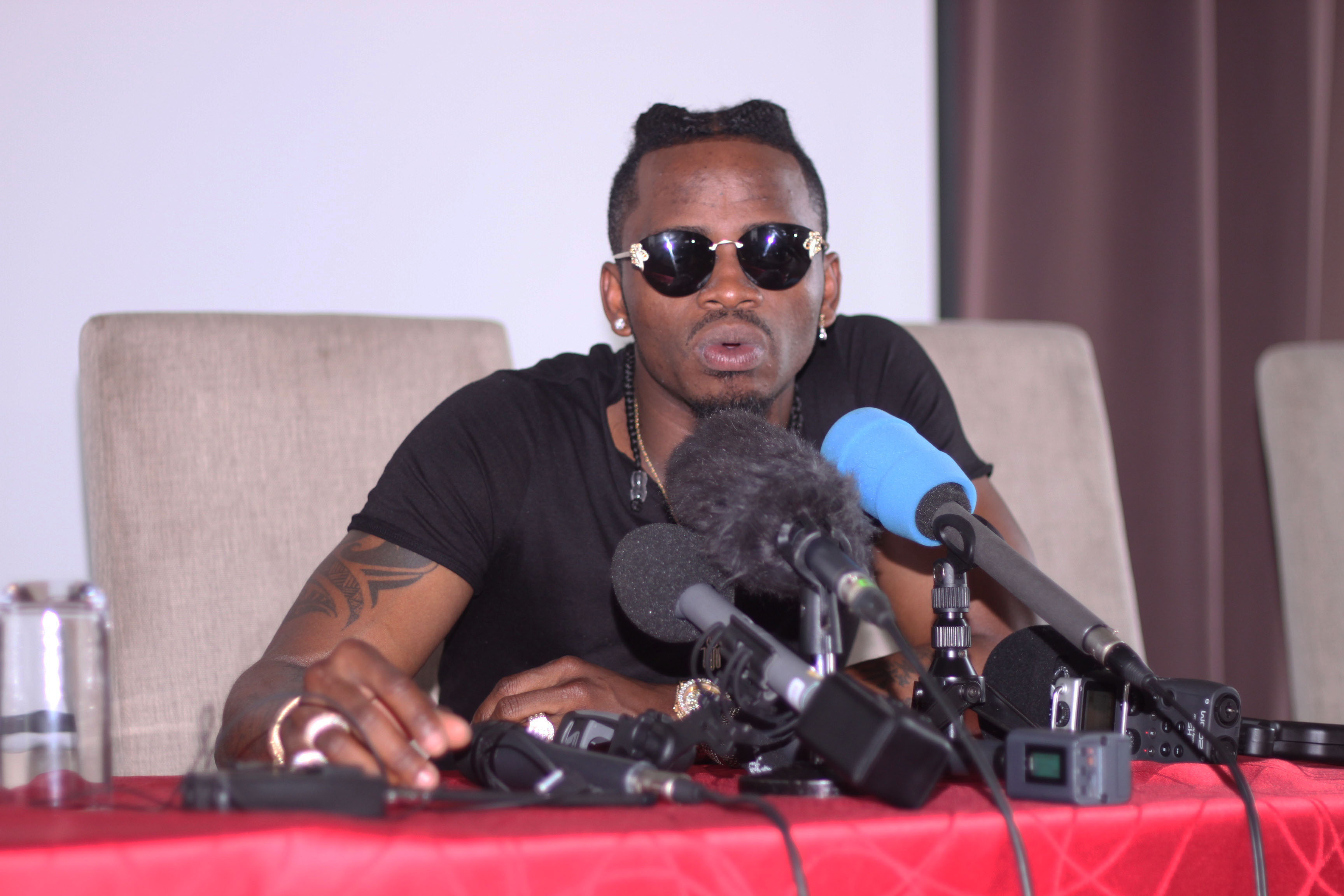 Tanzania Bongo star Diamond Platnumz has confirmed that the Wasafi Records  concert is still on on the 31st December 2018. The event dubbed Wasafi Festival concerts scheduled for 26th December at Mombasa Sports Ground and 31st December at Uhuru Gardens will proceed as planned.

While addressing the press Wasafi Manager Babu Tale said, “There has been a lot of speculation about whether the concerts will take place following communication from the Tanzanian music regulatory board (Basata), we want to assure our fans and partners that we will not let them down.”

Diamond,  has been dubbed the “King of East African Pop”  and has quite a fan base in Kenya and is expected to be joined on stage by Jamaican Reggae band Morgan Heritage to perform their collaborative hit Hallelujah at the Nairobi concert.

In addition he said that  a lot of groundwork has been done and resources used to prepare for the concerts. “We are open to dialogue and will seek out Basata officials after we fulfil our contractual obligations to the partners we are working with for the series of concerts.”

Diamond also confirmed that he was excuted to preform in Kenya.In his statement he said, “We are excited to complete the year with an appreciation of Bongo, Reggae and Kenyan music. The love and support we get from our Kenyan fans is immeasurable and we look forward to interacting with them all over the country. This has been a special year for my Kenyan fan base since I launched my album in the country back in March, I hope they will turn up in large numbers.”

From Wasafi crew, Rayvanny, Queen Darlen, Mbosso and Lavalava will perform alongside Platnumz to give their fans a great sendoff of the year 2018. Kenya’s Naiboi, Band Beca, Nadia Mukami will also perform.

The concerts will set the stage for yet another successful year for the Kenyan music scene.