Pierre-Emerick Aubameyang scored twice to earn Arsenal victory over Burnley as Mesut Ozil returned to the side to captain the Gunners.

After losing their last two following a 22-game unbeaten streak, Unai Emery’s side got back to winning ways as Aubameyang moved clear of Mohamed Salah as the Premier League’s leading goalscorer.

His 11th and 12th strikes of the season were just enough to seal a 3-1 victory over Sean Dyche’s battling Burnley, who got back into the game through Ashley Barnes and rattled their hosts at times before substitute Alex Iwobi scored late on.

Ozil’s inclusion as captain was the talking point ahead of the game after Emery had said on Friday that the 30-year-old was not assured of a place in his team, despite being the higher-paid player at the Emirates Stadium. 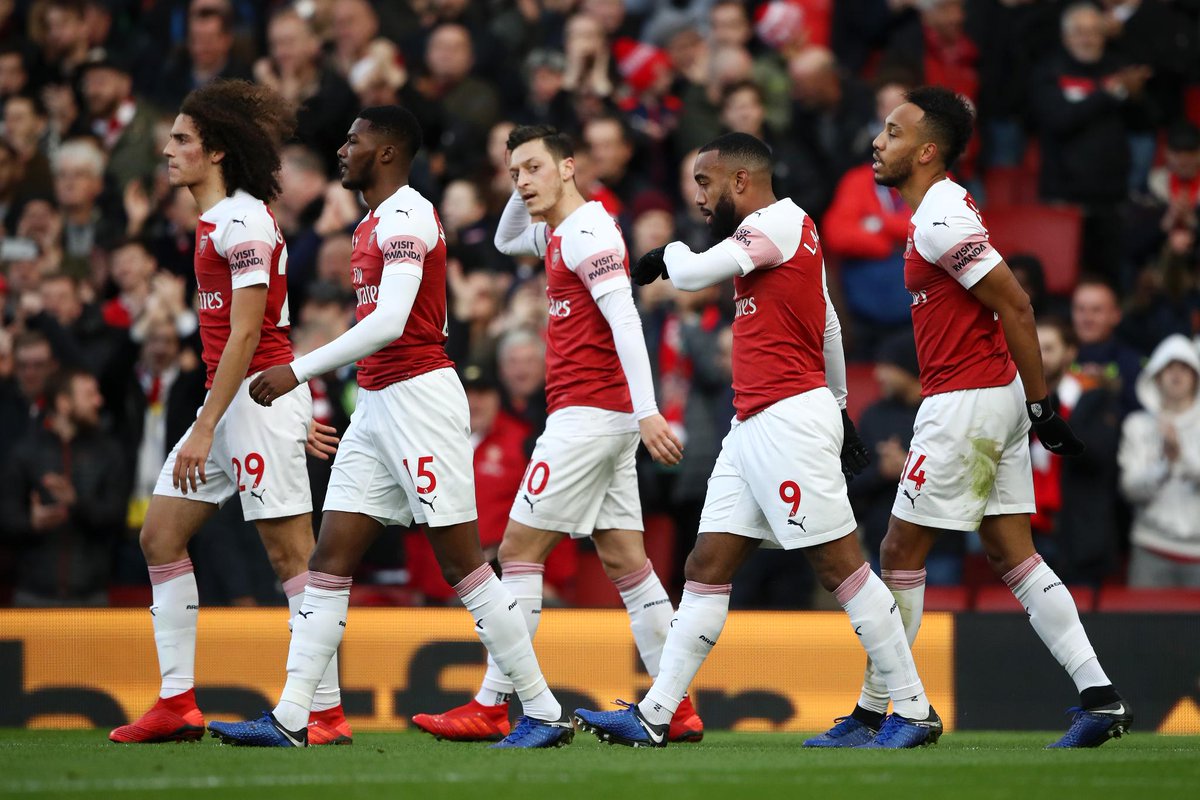 This was his first Premier League start since November 11 and he was not even in the squad for Wednesday’s Carabao Cup quarter-final defeat to rivals Tottenham.

Ozil’s ability was clear for all to see as he played a starring role in the opening goal, only for him to then flit in and out of proceeding, as he has been prone to doing in recent times.

Both sides passed up marvellous chances inside the opening two minutes, with Ainsley Maitland-Niles forcing a smart save from Joe Hart at one end before the visitors broke and Bernd Leno did well to turn Ashley Westwood effort’s behind for a early Burnley corner.

Granit Xhaka, back in a more familiar midfield role having played as a makeshift defender in defeats to Southampton and Tottenham, worked Hart with a low drive before Mohamed Elneny missed a decent chance to mark his first league appearance of the season with a goal. 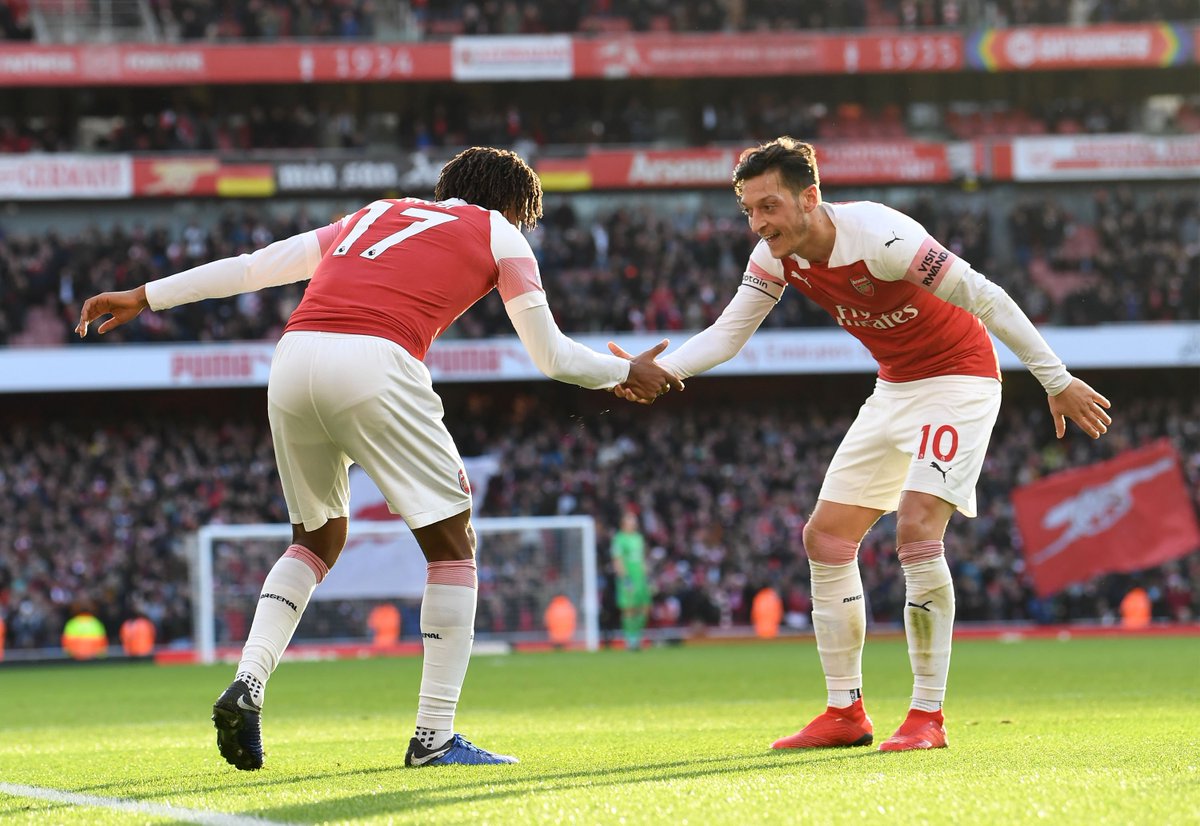 Arsenal’s early pressure paid off as they went ahead after 14 minutes through Aubameyang, who ended a four-match run without a goal as he swept home Sead Kolasinac’s cross following an inch-perfect pass from Ozil.

Barnes found himself in Kevin Friend’s book, the Burnley striker picking up a yellow card for a tussle with Sokratis Papastathopoulos as the pair clashed on the touchline.

Emery has been struggling for fit defenders and his cause was not helped as Nacho Monreal – only recently back from a hamstring injury – limped off before the interval to be replaced by Stephan Lichtsteiner.

Arsenal went in at half-time leading a Premier League game for the first time this season and were two goals to the good soon after the restart.

Ozil lost possession on the edge of his own box, but Elneny wrestled the ball back. Matteo Guendouzi’s long ball then freed Kolasinac, allowing him to roll a pass to the feet of Alexandre Lacazette, who played in Aubameyang for his second of the afternoon.

Tempers started to fray as Guendouzi was involved in incidents with Barnes and Jack Cork and was cautioned himself for fouling Jeff Hendrick. 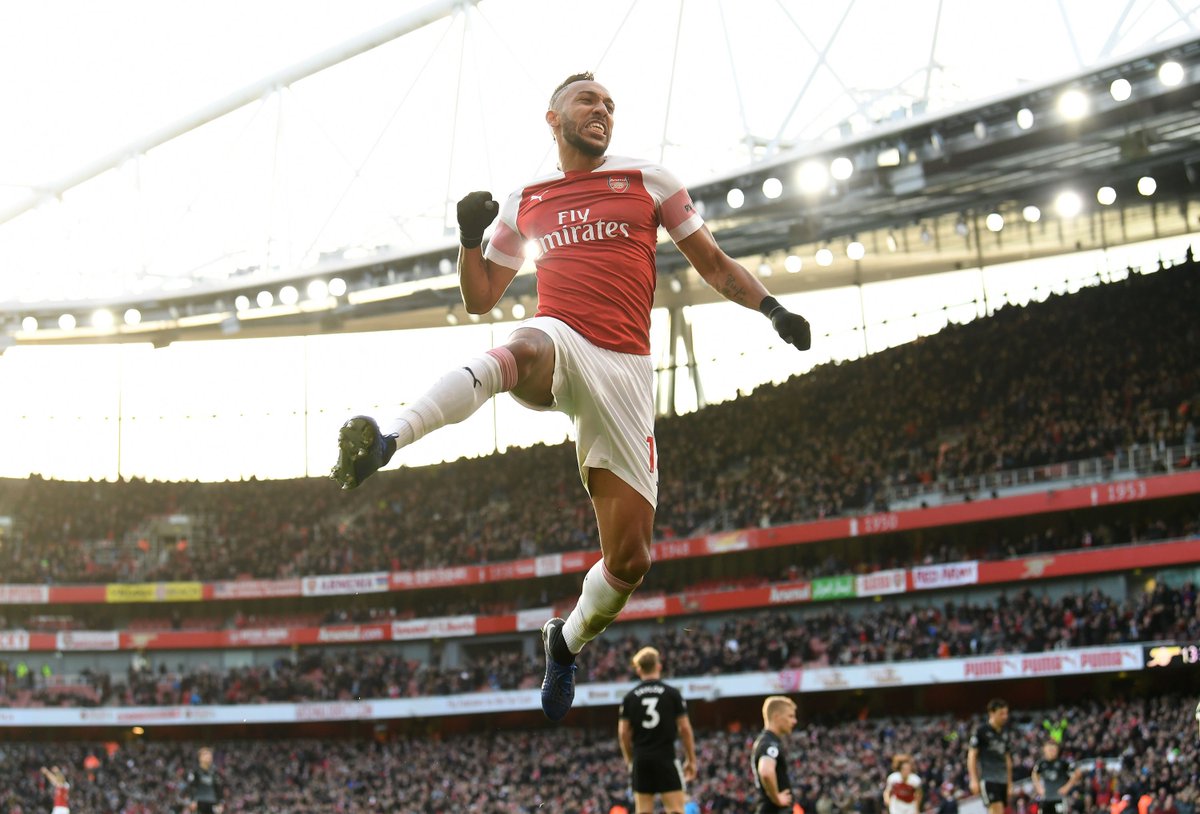 While Barnes had already seen yellow and was arguably lucky to still be on the pitch, the Burnley striker halved the deficit by thrashing home from close range after Arsenal had failed to clear their lines.

The goal seemed to shake Arsenal’s confidence and Cork missed a good chance to level for the visitors, who had looked down and out after Aubameyang’s second.

But the points were wrapped up at the start of injury time as Iwobi, on for Lacazette who looked unhappy at being replaced, turned home from five yards out after Ozil’s ball was deflected into his path.