Celebrities are human too and go have faults like other commoners.However controversial allegations against a popular action movies star do not match whatever perception fans have on him as they are very serious but the problem is, constitution of the law system.

Los Angeles prosecutors said on Friday they were declining to bring a criminal case against actor Steven Seagal stemming from an allegation that he sexually assaulted a minor in 2002, citing California’s statute of limitations.

The decision marked the second time this year the Los Angeles County District Attorney’s Office decided against charging Seagal with a crime in connection with an accusation of sexual assault from more than a decade in the past.

In the most recent case, a woman whose name has not been released by prosecutors reported to Los Angeles police that Seagal sexually assaulted her in 2002 when she was a minor, the District Attorney’s Office said in a document released on Friday. Prosecutors said the investigation found insufficient corroborating evidence for a sexual assault allegation dating back that far in time.

“Therefore, the case is declined due to the expiration of the statute of limitations,” it said.

Prosecutors did not give details about the circumstances surrounding the alleged assault. 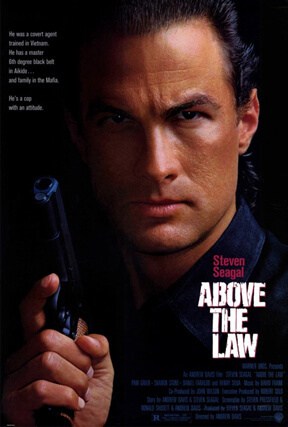 Seagal, 66, the star of 1990s action movies such as “Hard to Kill” and “Under Siege,” was made a Russian citizen by president Vladimir Putin in 2016 and this year was named by Moscow as a special representative for Russian-U.S. humanitarian ties.

In an earlier unrelated case, Los Angeles prosecutors declined in September to charge Seagal in connection with an accusation of sexual assault dating to 1993, citing the statute of limitations in that investigation as well.

With the closing of the latest investigation Los Angeles prosecutors are no longer reviewing any case involving Seagal, District Attorney’s Office spokesman Greg Risling said in an email.