Manchester United will play Paris St-Germain in the pick of the matches in the Champions League last 16 and it’s safe to say football fans are not holding out much hope for Jose Mourinho’s side.

The draw for the first knockout stage of Europe’s biggest club competition has thrown up some intriguing ties between the continent’s heavyweights.

After coming second to Juventus in their group, United knew they were potentially in line for a difficult tie for the first of the knockout rounds.

As the name came out of the hat and PSG were unfolded and held aloft, social media quickly became awash with hilarious reaction regarding United’s fate.

Today’s last-16 #UCLdraw gets under way from 11:00 GMT — here are the teams we could face. #MUFC pic.twitter.com/pBb4hRABia

United confirmed the fixture on their official Twitter page, to which one fan immediately responded with an image of centre-back pairing Chris Smalling and Phil Jones.

‘Neymar, Cavani and Mbappe against these two…,’ they wrote, laced with sarcasm at the fact the often erratic duo will be coming up against one of the most formidable front lines in European football. 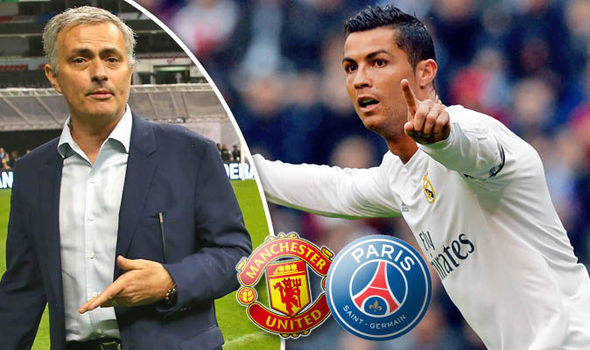 The video clips and memes then slowly but surely began emerging, with one user posting a classic image of Bart Simpson offering up an ‘at least you tried cake,’ in suggestion United are all but out now, anyway.

PSG have already evidenced this season they have the beating of English opponents, after putting two goals past Liverpool in Paris to wrap up a 2-1 victory.

Domestically, they are far and away the most dominant team in France and look to have the Ligue 1 title all but tied up before Christmas.

PSG lead the division by 10 points, despite having played two games fewer than second-placed rivals Lille. Thomas Tuchel’s side are also unbeaten this season, and have scored 49 goals in 16 league games.

United by contrast are experiencing fortunes which are sliding from bad to worse.

After losing 2-1 to Valencia in their final group game of the initial stage of this season’s Champions League, United surrendered top spot to Juventus – who went on to be drawn against Atletico Madrid.

When Neymar heard PSG will be facing Manchester United in the UEFA Champions league Round of16??? pic.twitter.com/x9goSPIYNV