The 2018 Kenya Certificate of Primary Education exam results have been released.Education CS Amina Mohammed announced them at the Star of the Sea Primary School in Mombasa.

George Magoha:. I want to ask the President to look at the case of Starehe Boys Centre which is a special school for the poor- run for the poor like myself who could not be where I am #KCPE2018 pic.twitter.com/pJuo1LERFz

He was however challenged to post the fee structure of Starehe boys to prove his statement.

George Albert Omore Magoha is a Kenyan Surgeon, Academic Administrator and Professor of Surgery and a Consultant urologist at the University of Nairobi’s College of Health Sciences.

He is best known for his time as the Vice Chancellor of the University of Nairobi from 2005–2015 where he is credited to have transformed the institution from student hooliganism to a leading institution of higher learning in Kenya and beyond.

His record as a no nonsense education administrator saw him appointed by President Uhuru Kenyatta as the Chairman of the Kenya National Examination Council in 2016.His immediate task was to reform the council to arrest the widespread academic dishonesty and corruption in the administration of national examinations.

Magoha is credited to have dismantled cartels that had propagated exam cheating for years and restored credibility of exams in Kenya. 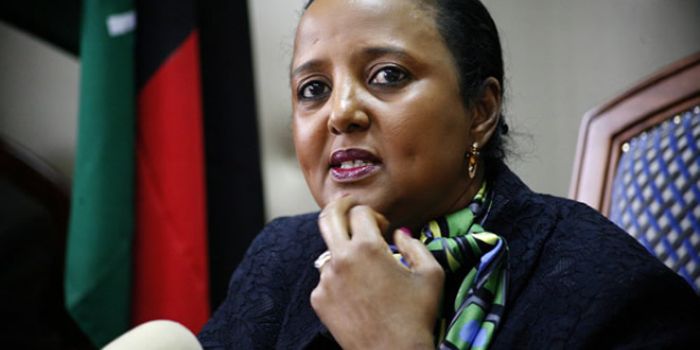 Amina said overall performance has improved, with more than half the candidates scoring 250 marks and above.

The girls excelled in English, Swahili and the Kenya Sign Language, while the boys shone in Maths, Science, Social Studies and Religious Education.

Magoha said the ministry has the capacity to deliver the exam results early. “If everything is ready, why should we wait,” he said in Mombasa.

Teachers Service Commission chief executive Nancy Macharia and Magoha praised teachers, saying they delivered under pressure. Macharia said teachers who “went beyond the call of duty” will be awarded by the TSC and their names recommended for Head of State’s Commendation.

Do you agree that Starehe boys needs the president’s attention?