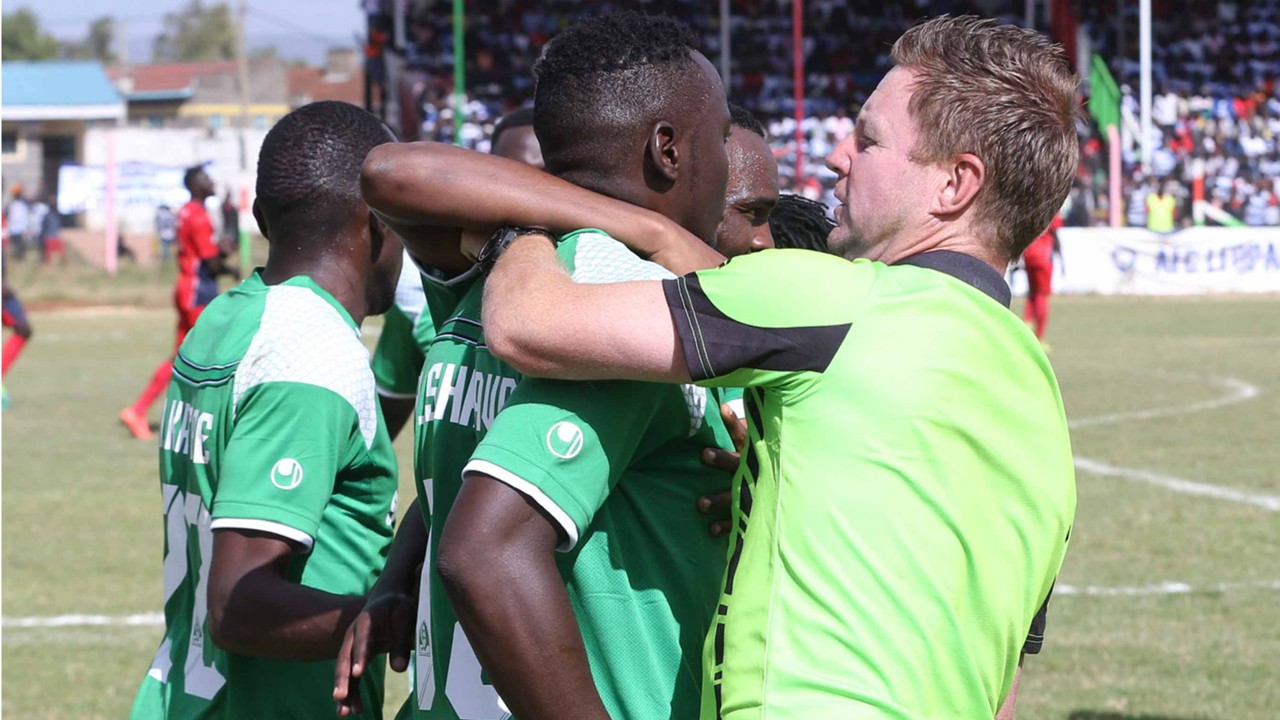 Gor Mahia FC captain Harun Shakava says he had no idea that Dylan Kerr was on the move following the Englishman’s bombshell resignation as the club’s head coach.

Kerr shocked the footballing world on Thursday when he sent a resignation letter to the club chairman Ambrose Rachier, saying that he was taking on another chance for the new season

Shakava refused to put any blame on Kerr for passing up the chance to personally bid his players goodbye during their UK tour and instead defended the manner in which he exited.

“Kerr was loved by all of us and he loved us back. He was a good man and easy to work with and I think that’s what made him a great manager.

“I only heard of the news this morning and since then we haven’t met as a team so right I don’t know how everyone feels. People move on to greener pastures and we to understand that,” Shakava told a local daily.

Kerr’s resignation came a before a decisive opening week of December where Gor are scheduled to play Kariobangi Sharks in the Super Cup, before travelling to Malawi for their CAF assignment against Nyasa Big Bullets.

They will also return to kick-off their Kenyan Premier League (KPL) title defence against Bandari FC in Mombasa on December 8.

Shakava meanwhile denied reports that the playing unit is on yet another go-slow over salary arrears but admitted they had not been paid for the month of October.

‘’Yes we have not been paid, but I can assure you there is no go slow. The only problem is lack of training ground because right now we cannot access Camp Toyoyo but that is a managerial issue,’’ Shakava offered.