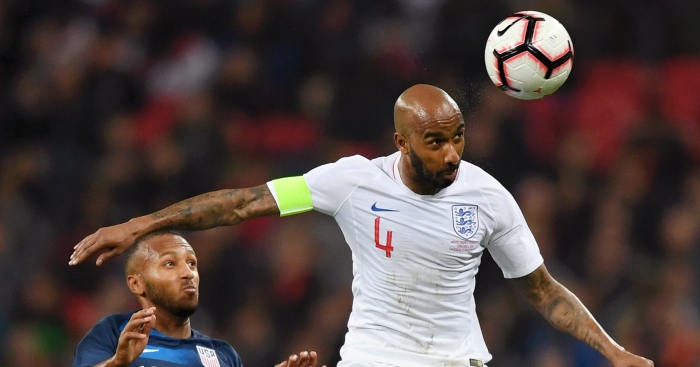 Fabian Delph believes his England team-mates will relish the chance to earn redemption for their World Cup semi-final defeat to Croatia.

The Three Lions will host Zlatko Dalic’s men at Wembley on Sunday in a winner-takes-all clash, with the prize a place in the Nations League finals next summer.

The two sides meet again just four months after their last-four tie in Russia where Gareth Southgate’s side suffered extra-time heartbreak, having led until the latter stages of the second half.

This will be another test assignment as Croatia matched England’s 3-2 win over Spain on Thursday, but Delph believes his side can take extra motivation from that night in Moscow.

“One hundred per cent, we were confident going into that game, we didn’t quite get the result,” he said. “We have got an opportunity to play them and put that right.

“We have got a lot of talent in that dressing room, if we implement the game plan we can win.

“It was a high point in a lot of our careers but a massive low at the same time because we felt we should have come through that game.

“That is what is so amazing about football, you can never predict what is going to happen.

“It’s game on, it’s definitely going to be a tough game but we are definitely more than capable of winning.

“We will have a look at them, Gareth will come in with a game plan but we have definitely got enough quality in the dressing room to win.

“We are very confident going into the game.”

England go into the game on the back of a 3-0 friendly win over the United States on Thursday and it was a special night for the Manchester City midfielder as he captained the side.

He handed the armband over to Wayne Rooney in the second half as England’s record goalscorer played for the 120th and final time and it is a game Delph will never forget.

“It was quite emotional, it was a massive honour for me and my family,” he said.

“It will probably sink in later. As a child I always dreamt of having the honour of leading the team out so it is probably the highlight of my career so far.

“It was the best feeling I have had in football, I will remember it for the rest of my life.

“What was great for me is that when Wayne came on he actually made a difference, nothing has changed, he was involved and it was great to have him on the pitch.

“I thought he might have nicked a goal to be honest. He has been a breath of fresh air, it has been an honour to have him here, the lads have really enjoyed it.”