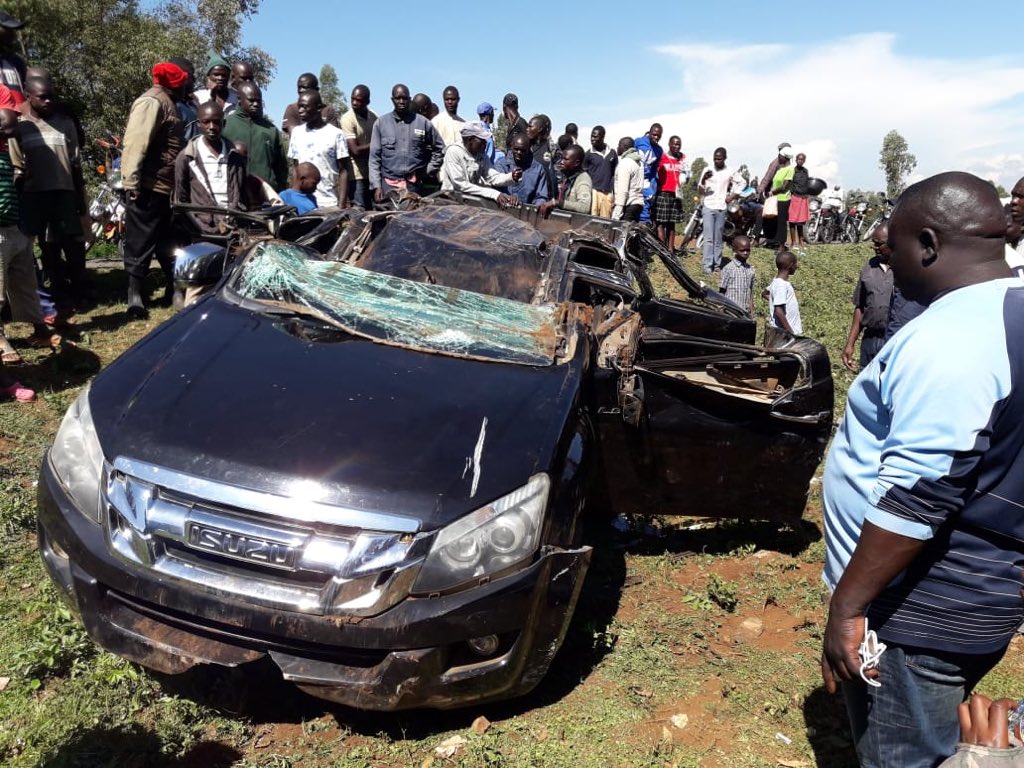 Before being transferred from Aga Khan Hospital in Kisumu to Nairobi Hospital on Sunday, the legislator, who addressed a group of people, said she was well.

“I am well, ” said Dr Odhiambo as she was wheeled off to a waiting ambulance in Kisumu.

They were travelling to Homa Bay to join Baringo Senator Gideon Moi at a fundraiser for women traders.Pamela Odhiambo and her driver have been rushed to a Kisumu hospital where they are receiving treatment.

The unfortunate road accident occurred at Winyo on the Homa Bay Rongo highway.

Her driver was trying to avoid hitting a boda boda rider when he lost control of the vehicle. Rongo OCPD Peter Kirui said the double cabin vehicle they were travelling in veered off the road at around 8 am and rolled several times.

The woman representative and two other occupants sustained chest injuries and were taken to Aga Khan Hospital in Kisumu County, Mr Nthenge said.The bodyguard’s loaded pistol was taken from the scene.

“I wish the MP quick recovery. My deep and sincere condolences to the family of Dr Odhiambo’s bodyguard.”

Aga Khan, Kisumu Medical Superintendent Dr Sam Oula, had said that the legislator was undergoing various scans to establish if she suffered internal injuries. Three other passengers who were in the vehicle at the time of the accident are also undergoing treatment at the Aga Khan Hospital in Kisumu. They are Mr Duncan Rachuonyo (Woman Rep’s Communications Officer), Mr Dan Amoko (Migori County Coordinator Affirmative Officer) and the driver Mr Ouma.