Over the past few weeks, the attention of the nation has been grabbed by the education system discourse after nationwide complaints raised by parents and various stakeholders over the execution of the Competency-Based Curriculum (CBC).

Several parents have accused schools of asking them to buy expensive books and giving assignments that needed funds. Furthermore, former KNUT Secretary-General Wilson Sossion has been quoted a number of times saying that CBC is a fraudulent system that threatens to reverse the education gains achieved by the country.

On the other hand, Education CS Prof George Magoha, who has been the key crusader of the new curriculum, has severally termed the complaints raised on the viability of CBC as ‘nonsense’. The CS has also accused political leaders and others he called ‘busybodies’ of ruining the new education program.

However, the tough-talking CS has now bowed to pressure after the Education Ministry announced that the new curriculum will be reviewed to address any challenges that will be identified in the rollout.

According to Basic Education Principal Secretary Julius Jwan, the Kenya Institute of Curriculum Development could review textbooks or the teaching methodology depending on the outcome of the review.

This begs the question: Is the CBC better than the 32-year-old 8-4-4 system? And are the unreasonable and ballooning demands for parents in the execution of teaching and learning worth the struggle? After leading an involving day full of roadside rallies in Kiambu county yesterday on the Sunday of September 19th as he popularized his UDA party and campaigned for himself ahead of next year’s elections, Deputy President William Ruto closed his day with a bonfire catch-up and chat with his friends and allies late in the night.

We got to learn about this after receiving an update delivered on Facebook by the self-titled ‘Hustler Nation Spokesman’ Dennis Itumbi, who shared several photos of the DP and various politicians engaged in a fireside chat at an undisclosed location.

There was drama at Makunga Shopping Centre along the Kisumu-Kakamega Road when a daring gang intercepted a lorry that had been seized by DCI detectives for ferrying uncustomed sugar.

Using over 20 vehicles and an unknown number of motorcycles whose number plates had been concealed, the gang barricaded the road and attempted to seize the 400 bags of sugar and free the suspects who had earlier been arrested. 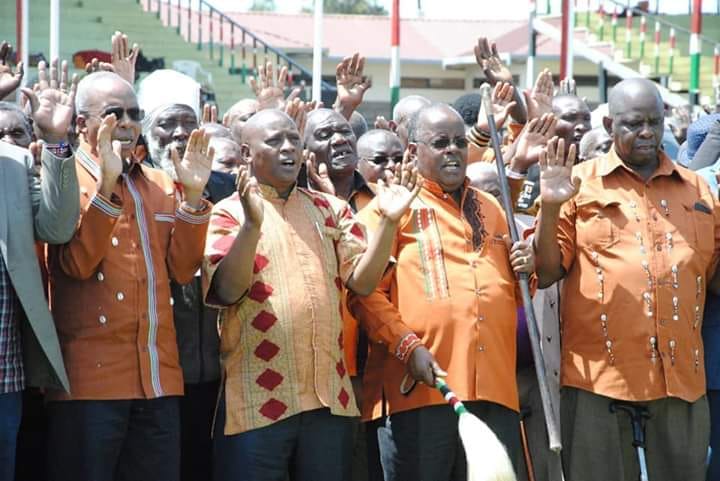 Orange Democratic Movement ODM party leader Raila Amollo Odinga has received huge support from the Kikuyu council of elders on his quest for the top seat.

This follows their series of meetings that culminated in declaring their support for Raila Odinga’s quest to succeed President Uhuru Kenyatta.