The coronavirus pandemic has wreaked havoc on sports worldwide, and many football leagues are currently suspended until further notice, to be precise.

But even in their isolation centres, football fans can’t stop talking football!

Their antagonism of preferred players has now been taken to social media with the arguments about the best footballers in the world taking a more interesting twist. 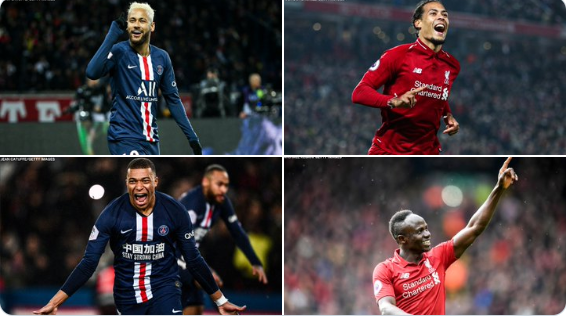 Lionel Messi and Cristiano Ronaldo have, for over a decade, divided opinions, and until now, the world has not settled on either of them.

On Monday, the Espn FC , through their official Twitter handle, strayed from the Messi-Ronaldo antipathy and asked fans for the third-best player in the world after the two sensations.

If Messi and Ronaldo are the top two footballers in the world, who’s third? 🥉 pic.twitter.com/nFTTTlxe3l

While this could have been thought to be a simple quiz that could be settled real quick, it only sparked even more division among fans, who gave variable opinions regarding that.

Verily, no declaration could be reached for the position since every fan had a preference.

Salah already the third but you forget 😎 pic.twitter.com/YM9jB3y458

why is lewandowski never mentioned ?

You are really sad

Using this season to judge or what?

The one player other than Messi who is undisputedly considered as the best in his position in world football?

Even if he is it wouldn’t be easily would it

Last year, Virgil van Dijk was crowned the PFA Players’ Player of the Year for 2019. But it seems fans have their way of rating their best players, culminating in a long argument over the years.