Tottenham Hotspur have been found on yet another mess after two of their players disregarded lockdown and engaged in training.

Spurs have been hitting the headline for a wrong reason since the outbreak of the coronavirus pandemic.

Firstly, it began with Jose Mourinho, who travelled to Tanguy Ndombele’s home to offer an impromptu training session on a nearby public square.

On the same day, Ryan Sessegnon and Davinson Sanchez were seen making runs side by side yet they don’t stay together. According to the UK government’s guideline, you can only exercise with players from your household. 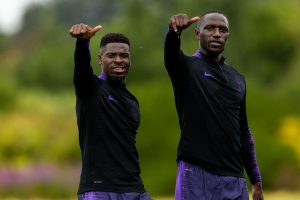 And now, Serge Aurier posted videos on his Instagram story of he and teammate Moussa Sissoko training and sitting together.

The Spurs right-back is wearing a mask and in the first video is socially distanced from his close friend Sissoko.

In later videos, the Ivorian is seen sitting next to the French star before making sprints together and turning around.

The video has since been deleted by Aurier.

It is worrying why Tottenham appear to take lightly the warning of the pandemic, which has devastated the world and put activities to a standstill. 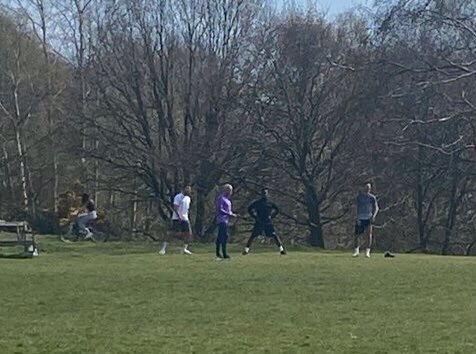 Jose Mourinho released an apology for his action;

“I accept that my actions were not in line with government protocol and we must only have contact with members of our own household,” Mourinho said in a statement released through the club.

“It is vital we all play our part and follow government advice in order to support our heroes in the NHS and save lives.”