Kenyan celebrities Femi one and Mejja Mgenge have finally hit the one million mark with their popular new song ‘Utawezana’.

The song that was released just six days ago has been surprisingly successful so fast and the musicians can’t help but celebrate.

Taking to her Instagram page, Femi One posted a message of thanks to her loyal fans who made the milestone a possibility. 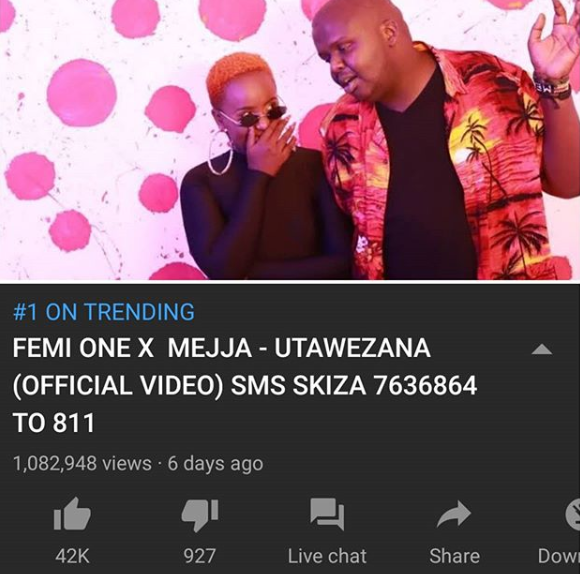 The pair have received congratulatory messages from Kenyans on their success.

Some have said that the celebrities should pay Azziad Nasenya for her TikTok video which went viral and majorly contributed to the success of the song.

fine_straaaa said, “They should pay that light skin girl that trended because of their song,,,she made many of us to go to u_tube just to look for femione and mejja.”

Check out her video below if you are not familiar.

Since Azziad’s video went viral, more and more TikTok videos have been getting released by other Kenyans showing their versions of her dancing.