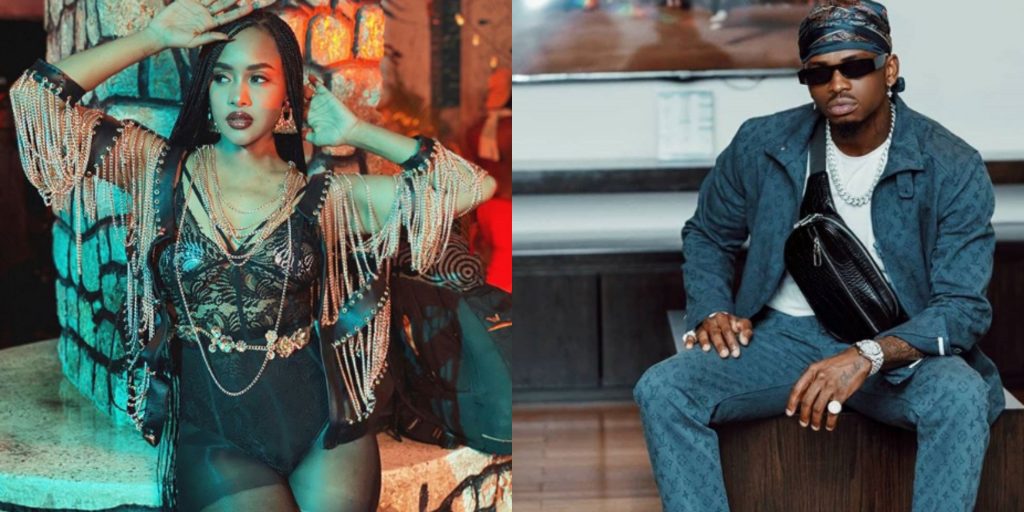 Despite the backlash that has been surrounding Diamond’s and Tanasha Donna’s relationship, they always choose to stay strong.

They have released a new jam together titled, Gere and the power couple sound so good it hurts. The video quality is on another level, vocals are too soothing you would want to rewind the song as much as you want and the fashion sense is super trendy! How can we forget their chemistry? They look so in love and Zari is definitely not ready for them!

In the song, there is a part she is sending a message to her Tanzanian bae.

“Don’t you ever leave me alone, and leave me with basic hoes, you will make me go loco. Tell them that you are mine and I am your ride or die.”

Recently the NRG presenter insisted that her relationship with Tanzanian sensation Diamond Platinumz is still intact despite the breakup rumours after he bailed her Donnatella EP launch a week ago in Nairobi.

Diamond flew into the country a day before the EP launch and accompanied her to the press conference of the event, but flew back home to Dar es Salaam immediately it ended, saying it’s an emergency.

Later on, ‘Baba Lao‘ hitmaker shared on his Instagram to explain he had been forced to fly back home because of a family matter that needed his attention.