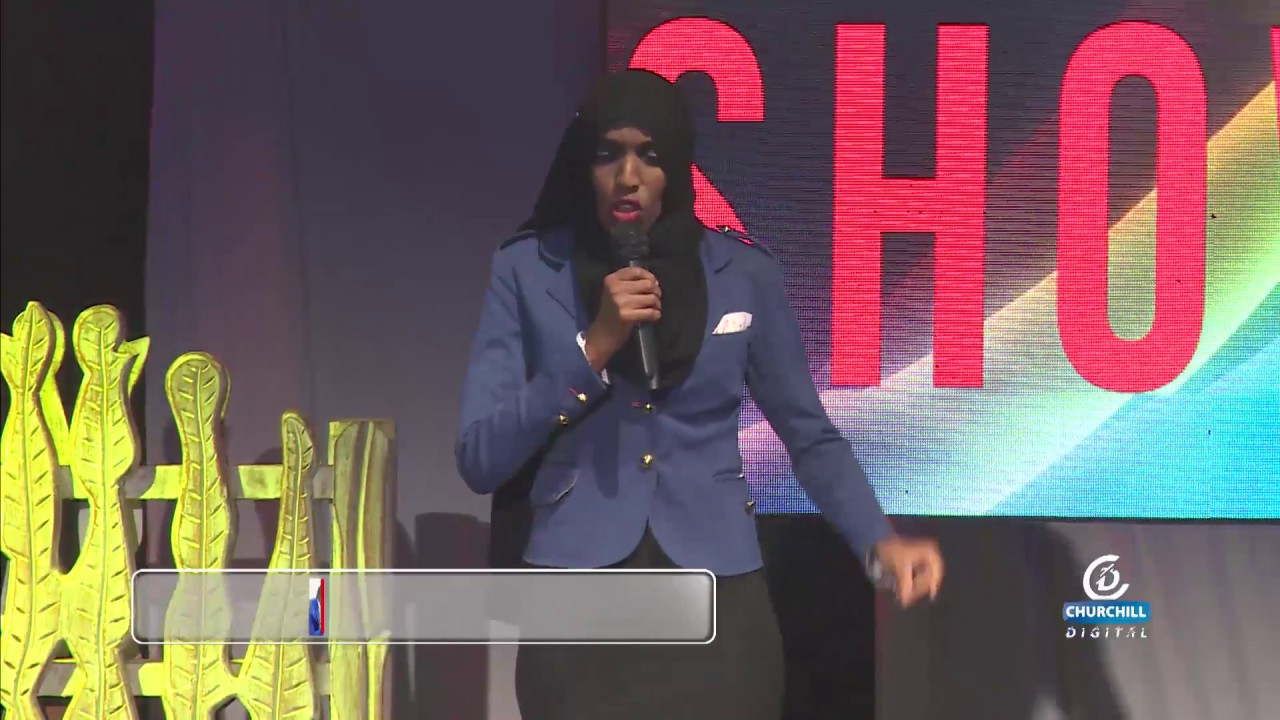 Churchill show comedienne Nasra Yusuf is the only Somali female comedian in Kenya.

Just like any other celebrity, Nasra also has a story on how she ended up in one of the biggest entertainment platforms in Kenya.

Speaking during an interview, Nasra narrated her humble beginnings in the comedy industry and how she was chased away after she copied Chipukeezy’s jokes during Churchill show’s auditions.

“People used to tell me am very hilarious nikiongea watu walikuwa wakisema mimi ni mfunny nitafute Churchill niaanza kutafuta na maauditions so in 2017 nilislide DM Facebook page ya Churchill show nikamwambia hey Churchill am an upcoming comedianne and am very funny I would like to be the first female comedian niambie auditions huwa ziko wapi i would like to come,” she revealed.

“So he replied hey Nasra come for the audions on Tuesday at Carnivo,so at the back of my mind I thought ni Churchill mwenyewe ndio amereply so mimi nikaambia watu Churchill amenionngelesha akaniambia Sunday nitakuwa kwa TV.”

Narrating the most embarrassing moment in her life, Nasra revealed that when she went for the audions, she wasn’t aware she would be asked to present her jokes because at the back of her mind she knew she was funny. 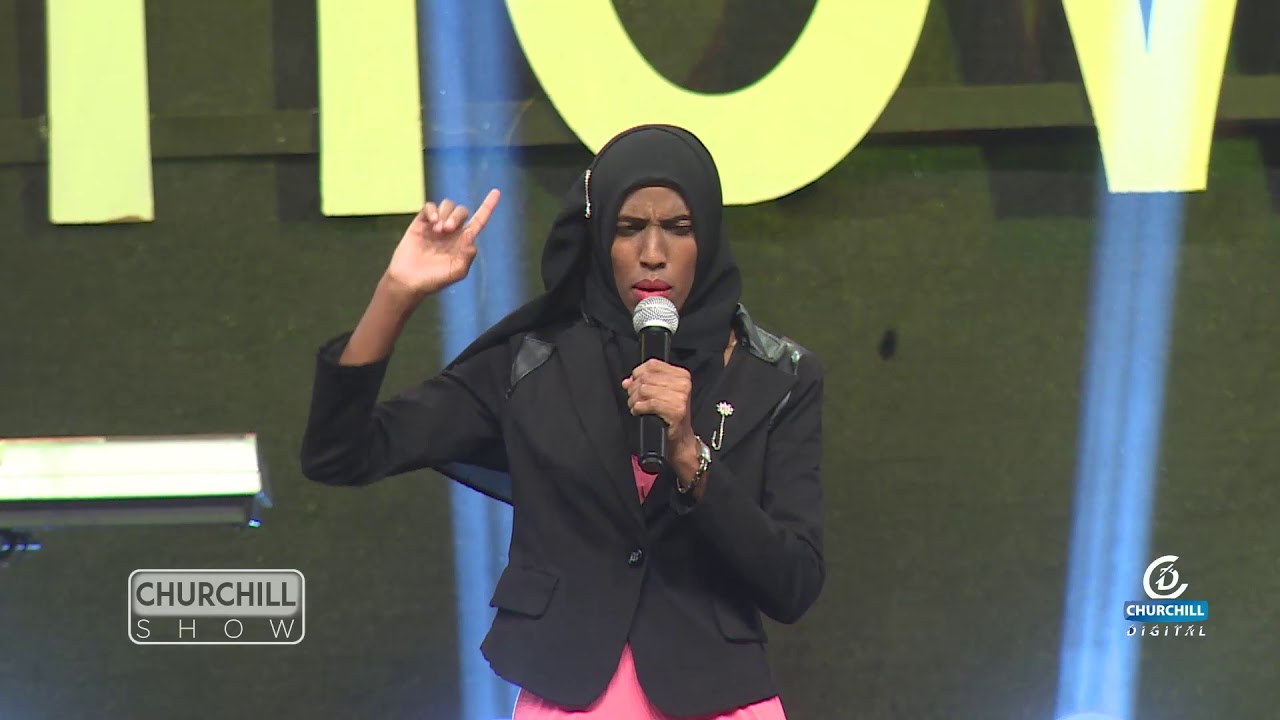 She went on to say that, when she was given the mic she was so blank and ended up presenting all Chipukeezy’s jokes and in the end she was thrown away.

However, she never gave up she went for the second audition and the judges were impressed with her jokes.

” I auditioned a second time and got a job at a local media house. It took a while before I got into Churchill Show,” she said.

Nasra Yusuf: I started with a Diploma before enrolling for a Degree course…I went for auditions with Chipukeezy's jokes but that did not go well for me #DayBreak@WillisRaburu pic.twitter.com/pp4Rne5f2j

Nasra Yusuf: I auditioned a second time and got a job at a local media house. It took a while before I got into Churchill Show #DayBreak@WillisRaburu pic.twitter.com/KJkspPOaDG