Nobody knew that President Uhuru Kenyatta would crack the whip on Kiunjuri when he called for a press conference at State House Mombasa. But that is is just what happened.

He holds a Bachelor’s degree in Education from Moi University.

However, Kiunjuri has never stepped in a classroom as a teacher. Immediately after college, he ventured into the transport industry after buying an old lorry. He was both a manamba (tout) and driver of the vehicle.

It is during these days that he developed an interest in politics after interacting with locals.

In 1997 elections, he defied all odds to be elected the Nanyuki MP at a tender age of 28, a position he held for three consecutive terms until 2013.

He tried to contest for the Laikipia Gubernatorial post in the 2013 elections but lost to Joshua Irungu. 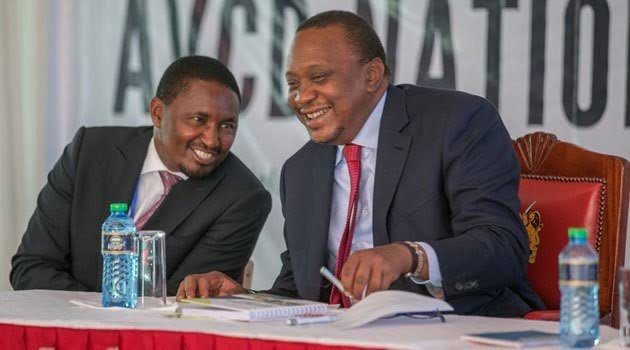 Kiunjuri stayed in the cold for two years before President Uhuru appointed him the CS for Devolution and Planning. He replaced Anne Waiguru who had stepped down over the NYS Scandal.

In 2017, his attempt to vie for Laikipia Gubernatorial seat once again was cut short by President Kenyatta who told residents that he needed him more as a Cabinet secretary.

It is after the 2017 general elections that the president transferred him to the Agriculture, Livestock and Fisheries ministry.

Until his sacking on January 14, 2020, Kiunjuri experienced challenges in spearheading the Agriculture docket.

Among the notable challenges that he has faced is food insecurity in the country, food contamination and the recent locust disaster in Northern Kenya.