The government of Kenya, through its spokesperson Cyrus Oguna, has said that Miguna is being barred from returning to the country due to his unruly behaviour.

His behaviour, they say is a potential threat to the status of JKIA Airport which is in the A1 category, that the government invested a lot of effort to achieve.

Through a press statement released on Wednesday afternoon, the government insists that they are ready to facilitate the return of Miguna but his unruly behaviour has been a hindrance.

“As a government, we wish to clarify that following the incident at JKIA in March 2018, Dr Miguna was categorised as an unruly passenger in line with Annex 17 of International Civil Aviation Organization (ICAO) standards and recommended practices that allows prohibition of unruly passengers,” the statement reads.

All Miguna has to do is to get a Kenyan passport at any Kenyan Mission that will enable him to travel back to his motherland.

“The government is aware of the court ruling and is ready to comply. However, according to ICAO, a passenger must have valid travel documents. Dr Miguna is free to present himself to any Kenyan Mission to obtain his passport,” read part of the statement.

The statement further indicated that Miguna has not made any effort to obtain a passport from any of the missions.

Oguna also seemed perturbed by the manner at which the Miguna travel saga has portrayed a picture that they are up to frustrating him.

Here is the official press statement from the government on Wednesday afternoon. 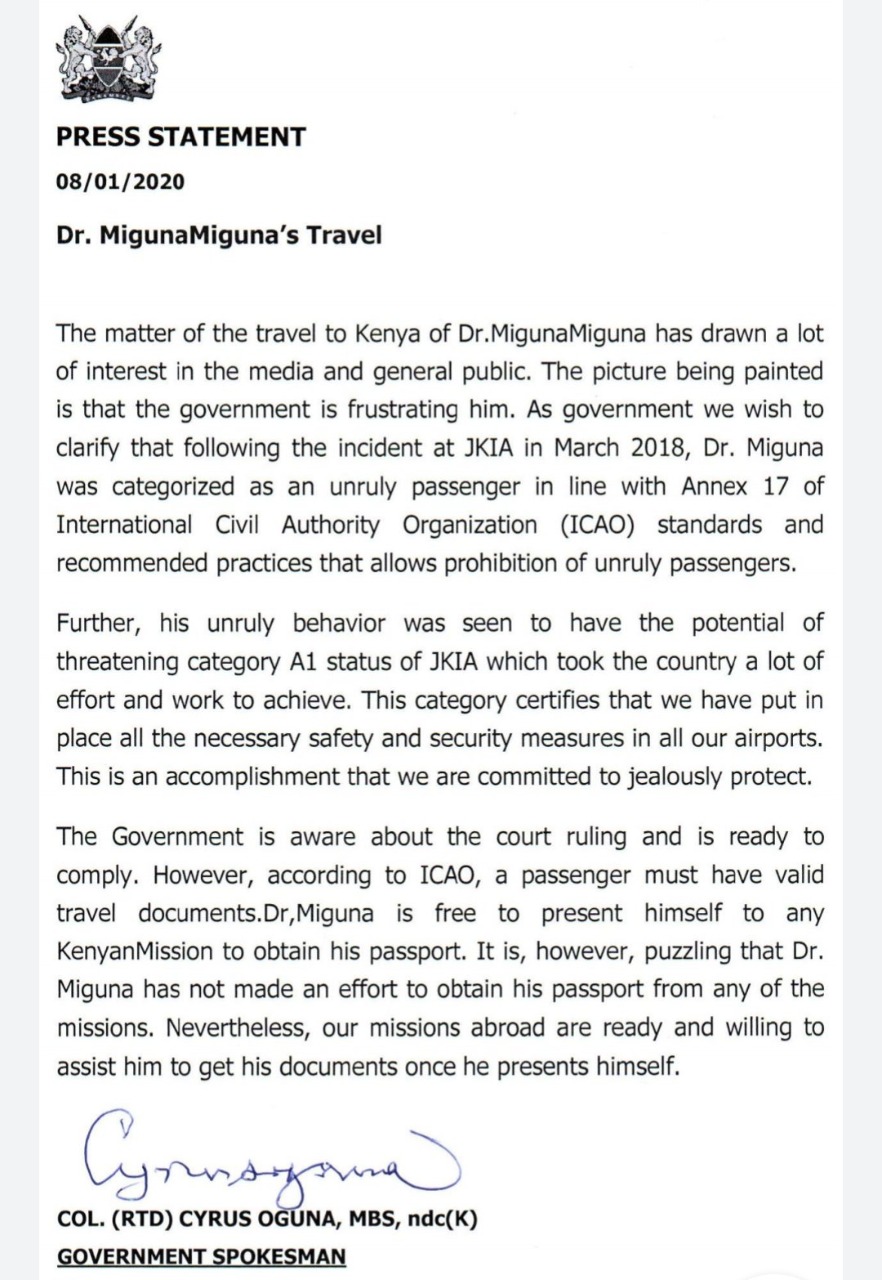 On Tuesday 7, 2020, lawyer Miguna’s journey to the country failed at the eleventh hour.

He was aboard an Air France plane when he was ejected due to a red alert that is said to have been issued by the Kenyan Government.

Miguna stated that the airline removed him from the plane he had boarded just before it took off.

This was after he was barred from boarding a Lufthansa plane on Tuesday morning due to the same reason.