Gospel singer Weezdom has dominated headlines this week after his photos with Nicah The Queen in bed leaked to the internet.

Nicah has since distanced herself from the viral photos.

“That’s not me. That can never be me. I have never been involved in any relationship with Weezdom,” she told Word Is.

Since the leak, fans have been pressuring Weezdom to speak about the steamy photos and now Diana Marua has joined in.

When Weezdom shared the post below, Diana commented with, “Wewe ndio unafaa utupee majibu🤣🤣🤣🤣🤣🤣,” in reference to the scandal threatening to tarnish Weezdom’s reputation. 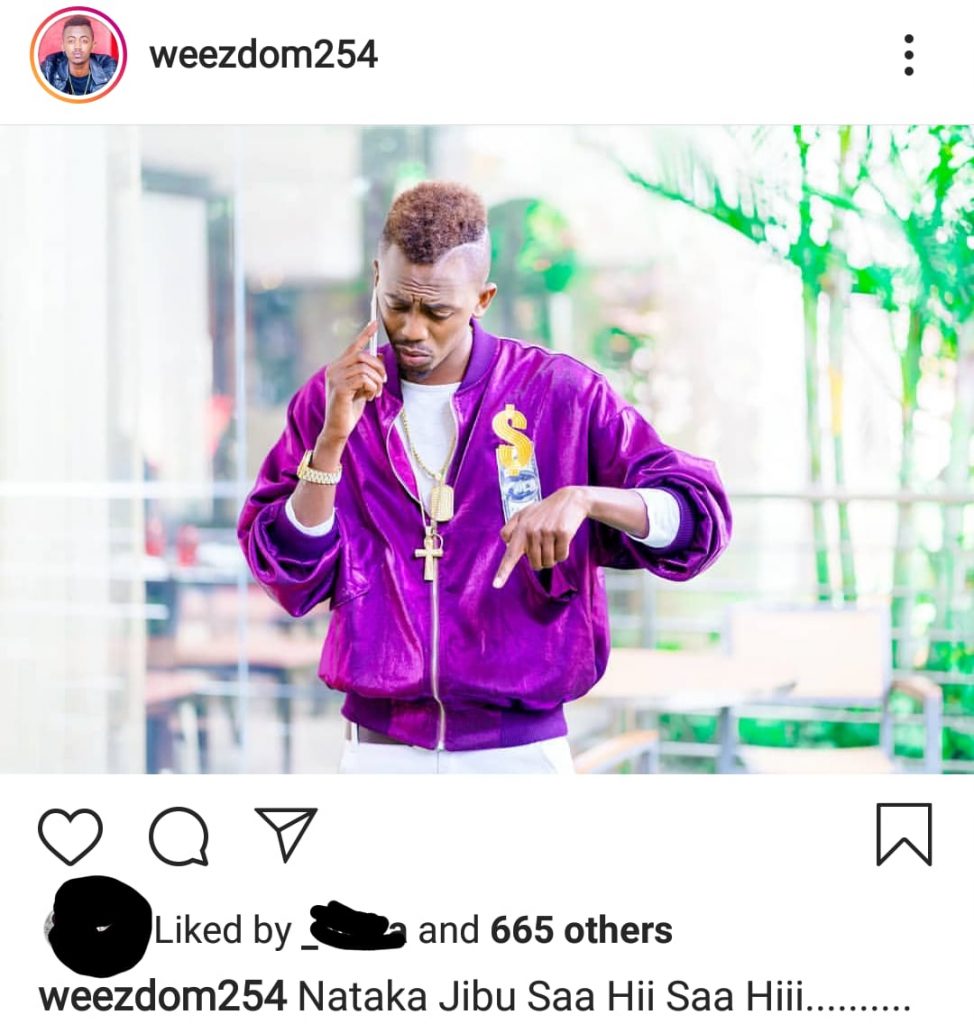 Below are some more reactions to Weezdom’s steamy pictures: 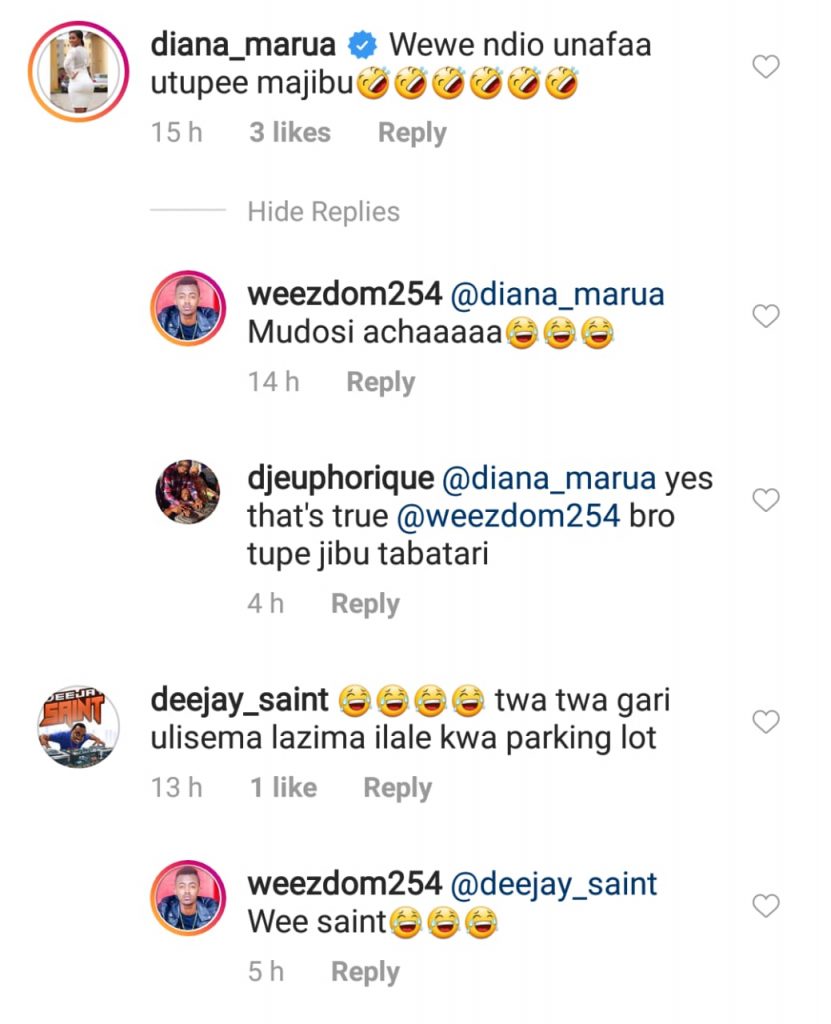 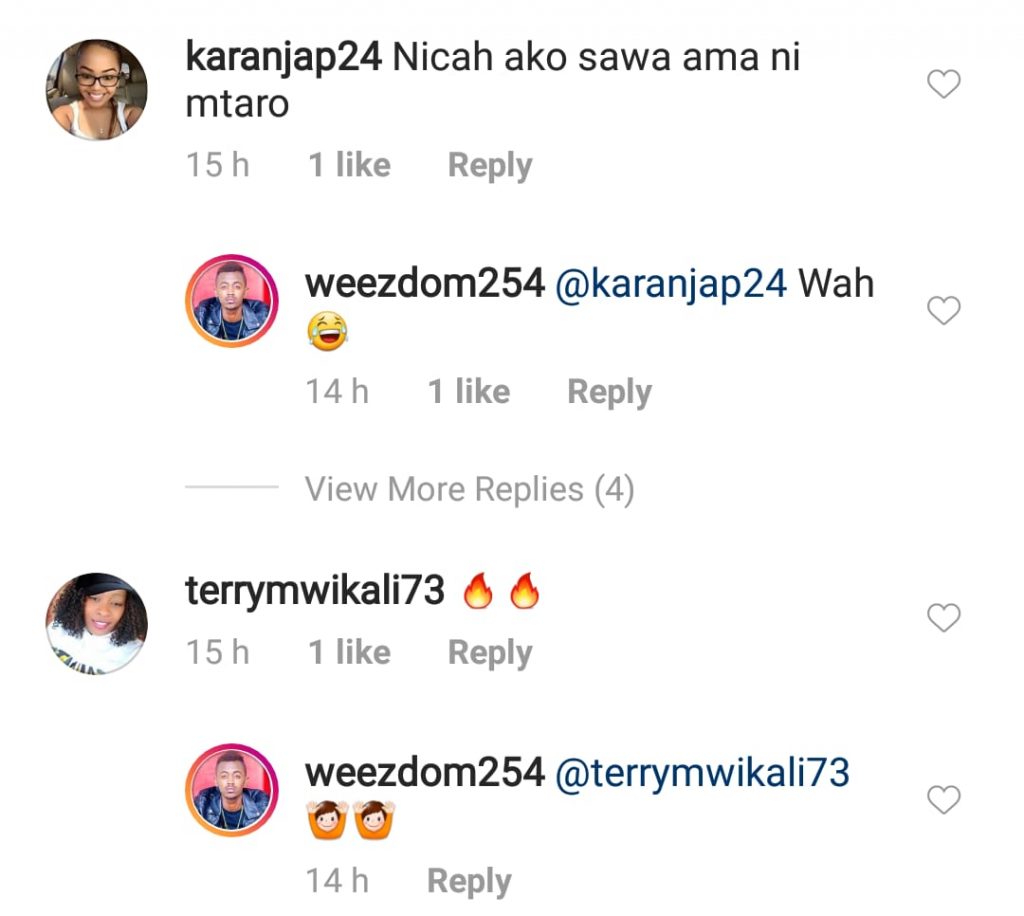 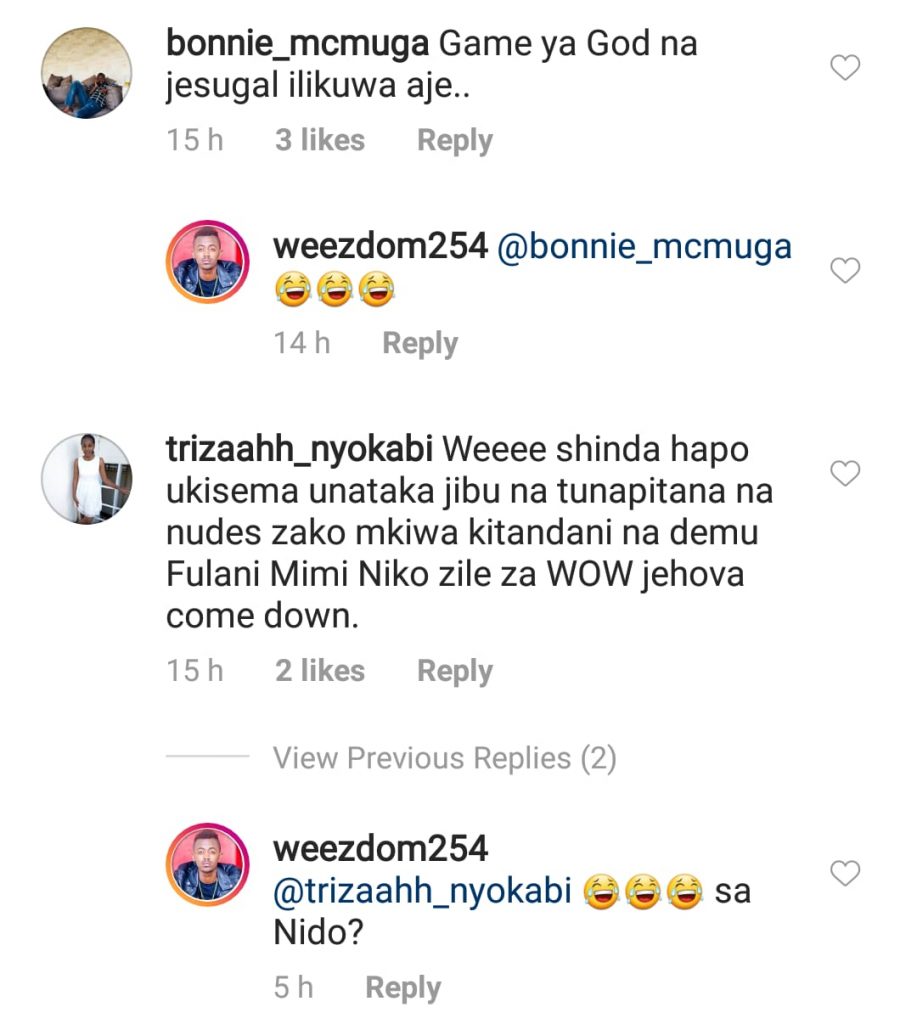