Flamboyant city lawyer Donald Kipkorir has been turned into a punching bag after he appeared to endorse Kirinyaga Governor Ann Waiguru for a 2022 executive position.

Kipkorir who is known for his pro-opposition tweets posted a rather glorifying message on why Governor Waiguru may be the saviour of Kenyan politics despite chiding her just months ago.

Reacting to his tweet, a section of Twitter users reminded lawyer Kipkorir that Waiguru had allegedly committed crimes while serving as the Devolution Cabinet Secretary and, therefore, unable to serve in a senior office. 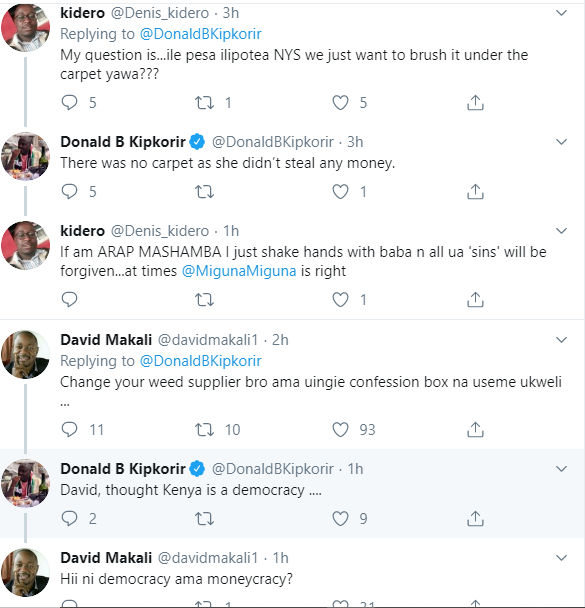 Governor Waiguru buried the hatchet with her erstwhile rival ODM leader Raila Odinga who had accused her of plundering the National Youth Service coffers. 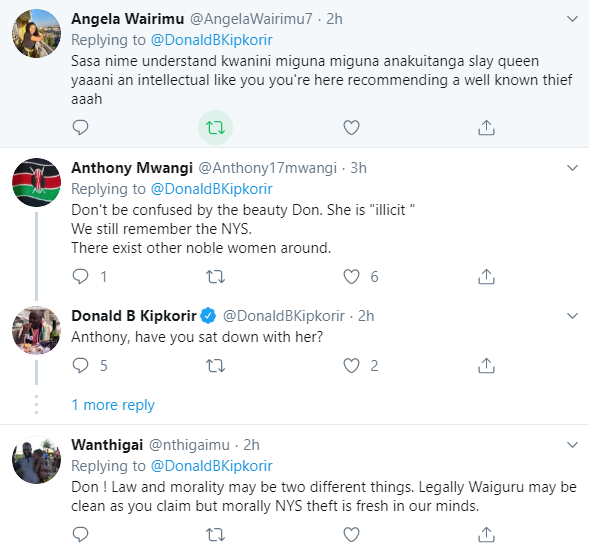 The ceasefire between Odinga and Waiguru happened in the wake of a rather unprecedented handshake between President Uhuru Kenyatta and Odinga.

Tuesday, December 3, Governor Waiguru met Raila Odinga at his Capitol Hill office from where the two are said to have discussed a wide range of political issues in camera.

Governor Waiguru has been a vocal supporter of the political ceasefire between President Kenyatta and Odinga, much to the chagrin of Mount Kenya politicians allied to Deputy President Dr William Ruto who is a declared 2022 Presidential candidate.

Speculation is rife that Kirinyaga Governor Waiguru is being groomed as the next Mt Kenya spokeswoman even as President Kenyatta plans to exit the political scene.

This is despite leaders including Central Organization of Trade Union (COTU) Secretary-General Francis Atwoli claiming that President Kenyatta “is too young to retire.”