Followers of Gatundu South MP, Moses Kuria, were Sunday treated to a dose of disappointment after the fiery legislator announced the cancellation of his planned radio interview on Kameme FM, previously slated for Monday.

The politician had promised to discuss matters pertaining to the Mt. Kenya region, specifically, the recently launched BBI report, as well as other issues of pertinence.

The discussion, dubbed “State of Ruriri (State of the Community) Address, BBI, and the way forward” was to be hosted by popular Kikuyu language radio presenter Gatonye wa Mbugua and comedian Muthee Kiengei on Kameme‘s Arahuka segment.

Kameme FM is under the Mediamax Network umbrella of media outlets, with ownership links to the Kenyatta family.

Although Kuria is a Jubilee politician, he is allied to the team Tangatanga faction, which was earlier fighting against the BBI undertaking, and is currently opposed to the possibility of the country going into a referendum, to pass the BBI report recommendations.

Some of Kuria’s followers have, however, accused him of playing the victim yet he is a fraudster, gong by an earlier post that he had made, but deleted shortly after, regarding his interview cancellation.

In the alleged post captured by screen-shot-happy Kenyans, Kuria had called out the media for being politically compromised and biased against Tangatanga politicians. 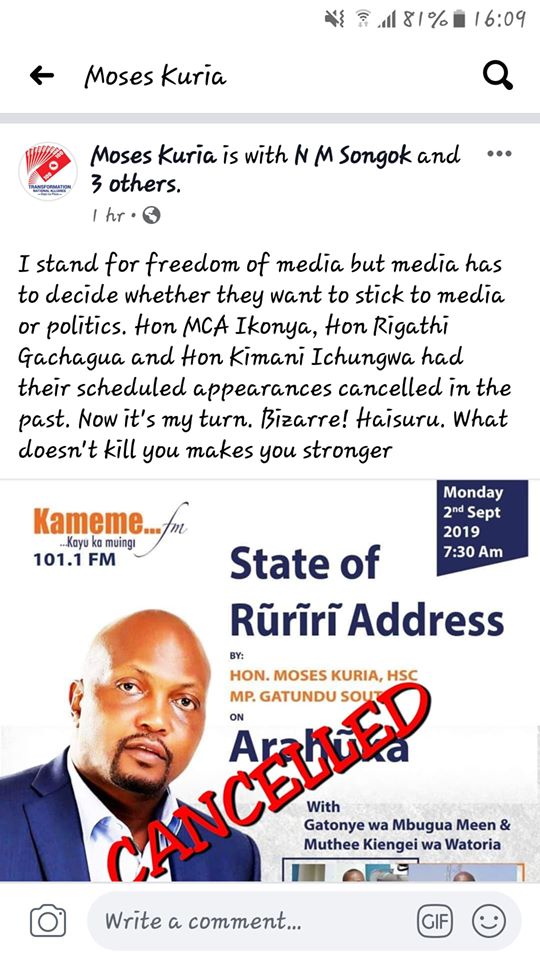 Interestingly, in the allegedly deleted post, the interview date had been indicated as Sep. 2; 3 months ago.

A majority of Kenyans now believe that Kuria had faked the entire interview invitation to suit his own diabolical political gains. 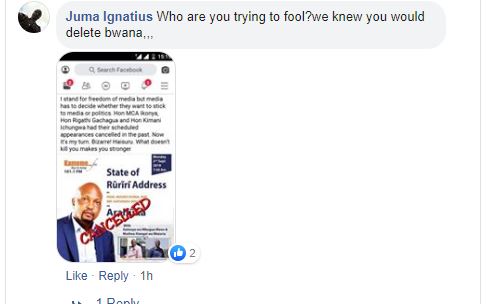 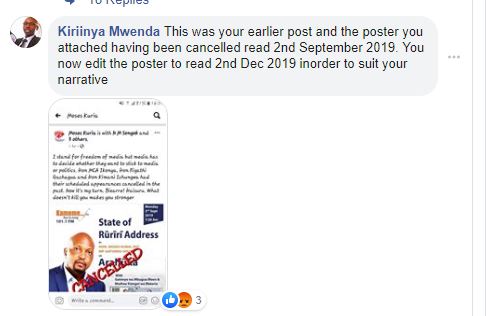 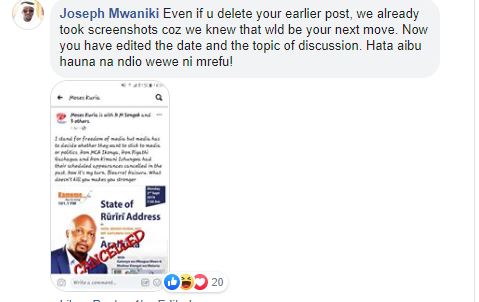