Federico Valverde was once again at the heart of Real Madrid’s midfield in the two-all draw in a UEFA Champions League match against Paris Saint-Germain at the Santiago Bernabéu Stadium on Tuesday night.

The Uruguayan started alongside Toni Kroos and Casemiro in the middle of the park and put in a good shift in a match that Madrid threw away a two-goal lead to settle for a point and in the process lost a chance to top the group. 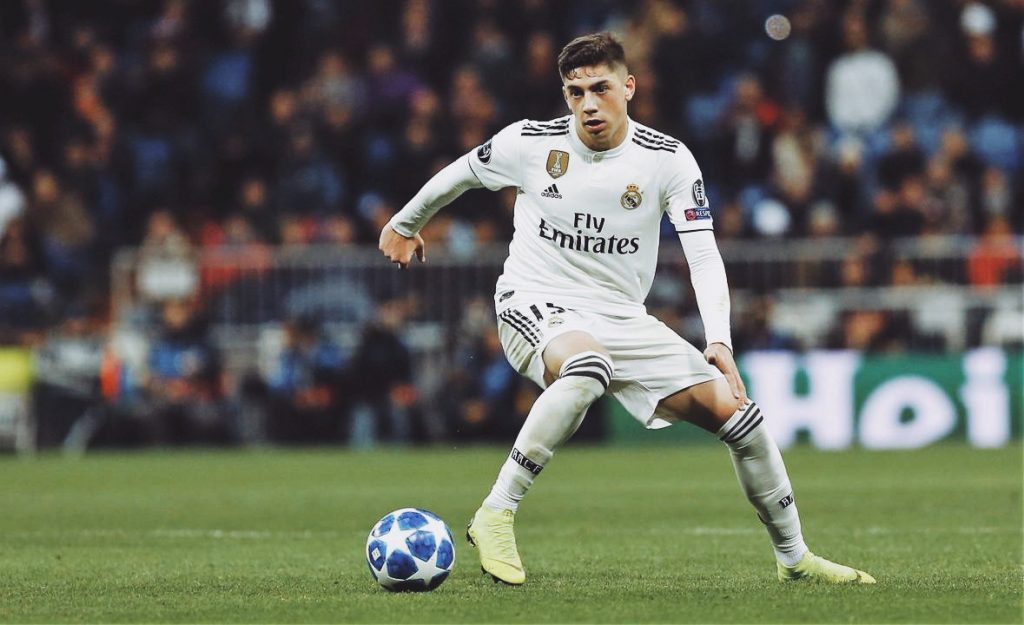 Valverde has been one of the revelations for Coach Zinedine Zidane this season. He has been performing well in nearly all the matches that he has featured in this season and Tuesday night was no different. In the 75 minutes that he was on the pitch, he managed 65 touches, created two chances, completed two dribbles, won three duels, tackled successfully three times and managed seven interceptions.

It’s no coincidence that when coach Zidane took him off in the 75th minute, the record European champions ended up conceding two quick-fire goals at home. As he walked off the pitch, he was given a standing ovation by Madrid fans and fans on social media too were quick to praise the 22-year old who is slowly becoming a fans’ favorite.

Federico Valverde is subbed off after 75 minutes to a standing ovation from the Santiago Bernabéu crowd.

A huge night for the young midfielder, who stood out in his first big European night. It won't be his last. pic.twitter.com/jlgSiJ7hh4

Real Madrid Federico Valverde is a joy to watch. #bbcfootball

As soon as Federico Valverde got subbed off, 2 goals score
.
📝 pic.twitter.com/hzIfyJywPH

Federico Valverde is another player who has impressed me tonight. He’s an underrated passer and a good ball winner whose importance in the team is constantly improving. He’s also completed 3 dribbles in this game which suggests his ball carrying is developing too! (1-0)#RMAPSG

FEDERICO VALVERDE is a fucking revelation 🔥

A costly mistake for Madrid in substituting Federico Valverde. #RMAPSG

The brightest star of this game has been Federico Valverde. He's having one of those games where everything he does is working, ball winning, ball progressing, passing, everything.

ON: Luka Modric
OFF: Federico Valverde

Federico Valverde’s first half vs. PSG by numbers:

Federico Valverde comes off and we concede twice. Coincidence? I think not. Absolutely immense 👑 pic.twitter.com/2d0mLn2rOp

Federico Valverde is a decent player for Real Madrid .

A standing ovation, and Valverde chants from the Bernabeu. And rightly so, one of the main reasons why we transformed since that Mallorca horror performance. Federico Valverde. The truth.