Taita-Taveta University in Mwatate Sub-county was on Tuesday morning closed indefinitely after thousands of rowdy students at the institution went on rampage on Monday night, protesting against de-registration of some of them by the administration.

During the riots, sixteen students were arrested and property worth hundreds of thousands of shillings destroyed.

Reports indicate that the students smashed windows of the administration block, hostels and the ultra-modern mining complex. Later, the students marched to the main gate and vandalized it.

The windscreen of a police vehicle from Mwatate Police Station which had transported a contingent of anti-riot police to quell the riots was also smashed. 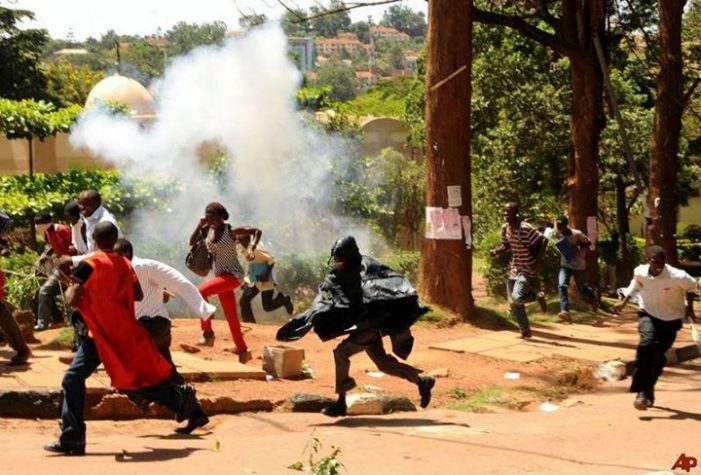 “The situation is now calm at the institution. We have arrested a number of students over the destruction of property. They will be arraigned in court,” she said.

To reduce the tension, the University Administration released a memo ordering the closure of the institution.

The move to send away the learners is seen as a precautionary measure against possible disruption of a graduation ceremony slotted for Wednesday.

“The students might decide to cause a scene during the graduation ceremony. It is safer if they go home and come back later,” said a senior University official who sought anonymity.

On Tuesday morning, dozens of anti-riot police stood guard as university security team frisked students before allowing them to leave the institution. There are reports that after the graduation, the university council would meet to decide on the date when the students would be recalled.

Taita-Taveta University will hold its third graduation on Wednesday, November 27 where 446 students are expected to graduate with certificates, bachelors and masters’ degree.