The Deputy President William Ruto, on Saturday, received a warm welcome from Kiambu residents while on a development tour to the county.

The DP later enjoyed a cup of tea at a canteen in Lusigetti Market, Kikuyu, Kiambu County and interacted with residents.

Earlier in the day, Ruto was in Nakuru County where he graced the second graduation of Constituency Developed Fund sponsored students.

Ruto demanded that Raila renounce the use of violence in politics which he termed backward and retrogressive.

Susan said the failure to take action on such incidences would make propel politicians to seek protection from goons in 2022. 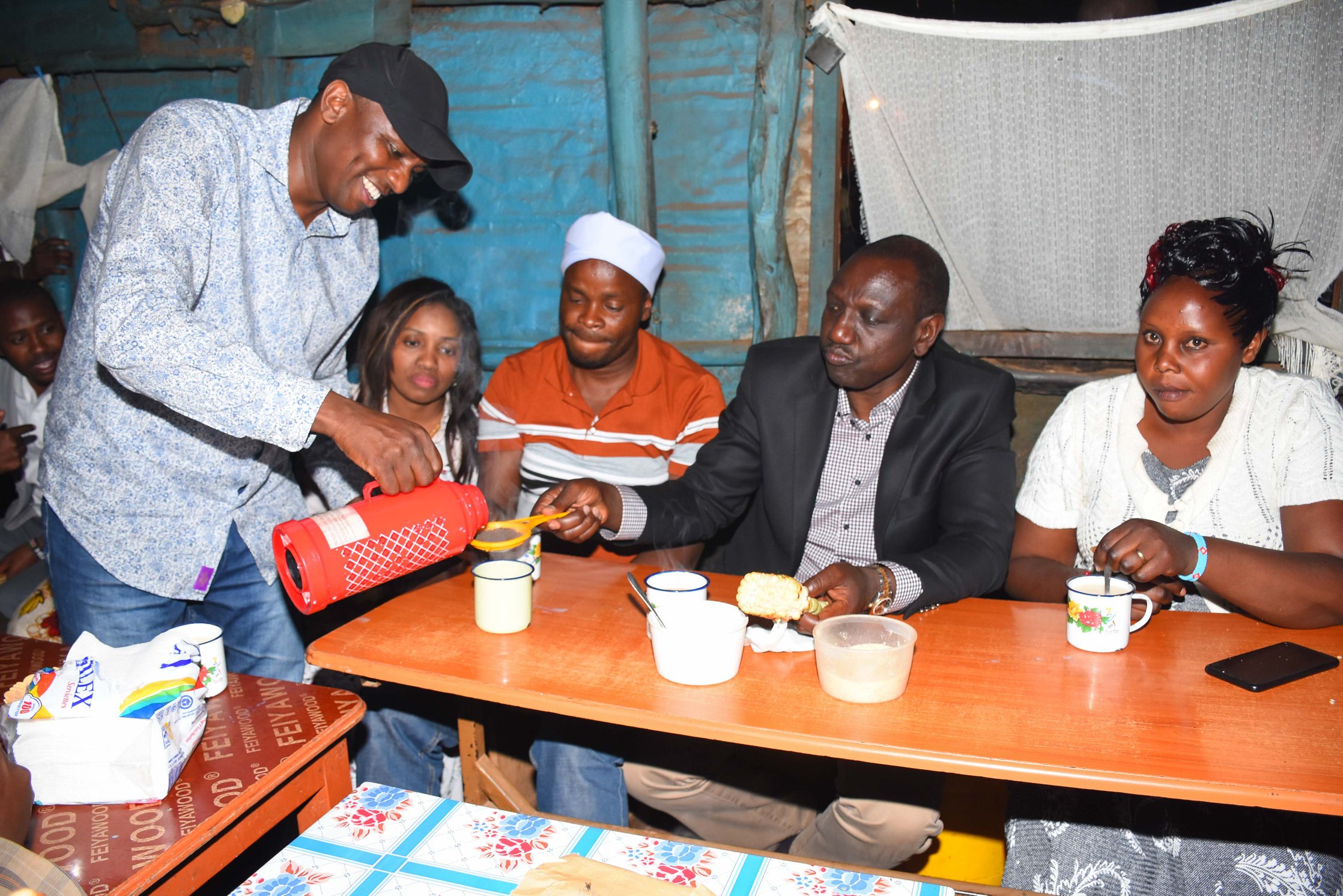