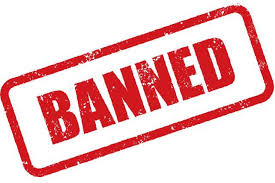 We all look forward to seeing good adverts when we switch on our TV screens. However, that has not always been the case in the past years.

Here are some of the adverts that were not all that pleasant:

A kissing scene had to be edited out in a coca-cola advert for audiences in Kenya. This was due to complaints that the kissing was violating family values. The ‘taste the feeling’ themed campaign for coca-cola had was removed from Kenyan screens. After the public outcry, Coca-Cola then sent out the edited version for Kenyan audiences.

This was one banned condom ad that sparked controversy all over. It was even featured on international media as well as dominated the social media conversations.

These adverts made us cringe in our seats and even close our eyes. Back in those years, an advert of such calibre was termed as raunchy and dirty too.

This is one advert that took the Kenyan viewers by surprise.with all the ‘lovey-dovey’ going on in the advert, Kenyan Market was not ready for it.

This was one advert that aired in the early 90’s before the law banned advertising and promotion of tobacco products. For those who never found the advertising of cigarettes in the media, it could be hard to conceive the idea that there was actually a time in the society when cigarette smoking was glorified.

The ad was banned for explicit content. Concerned Kenyans asked media outlets to stop airing of an x-rated advert.