Embattled Kisumu County Assembly Speaker Onyango Oloo insists he is still the substantive Speaker even after MCAs passed an impeachment motion to kick him out.

The impeachment motion was passed by 42 members out of 48 on Wednesday, a week after the MCAs elected an Acting Speaker to steer the assembly after Oloo was indicted by the Ethics and Anti- Corruption Commission over graft.

The motion moved by Kondele MCA Joachim Okech was debated under tight security after police lobbed teargas canisters to disperse youth allied to Oloo and Acting Speaker Elisha Oraro who planned to disrupt the sitting. 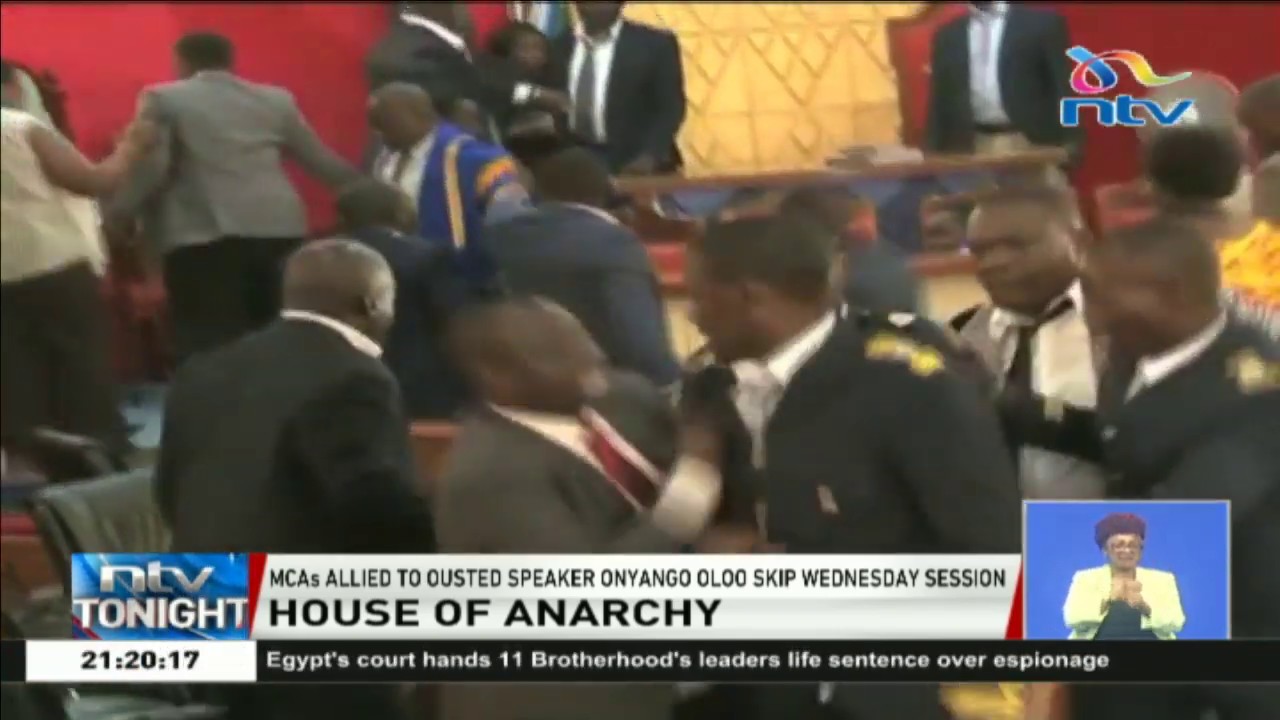 A contingent of police officers blocked the road leading to the assembly and kept vigil at the premises throughout the day to maintain order.

Kolwa East Ward MCA Steve Owiti said the right procedure was used to impeach the Speaker, adding that 20 members signed the petition to allow for debate of the motion.

Speaking to the Media, Oloo insisted that he was still the substantive Speaker saying his removal was unlawful.

“When the Speaker is absent his deputy assumes responsibility. They ejected my deputy because they knew he was going to insist on strict adherence of the law,” he said.

The MCAs, he added, have flouted the assembly standing orders by overhauling all the committees to edge out his supporters.

“They must address the issue of bringing a proper notice of impeachment and serve me properly so that I am able to defend myself before the honorable members. If they get the required numbers to impeach me I will honorably step aside for the sake of our great party ODM,” he said.

However, the MCAs insist that the die is cast and if Oloo feels aggrieved he must take the matter to court.