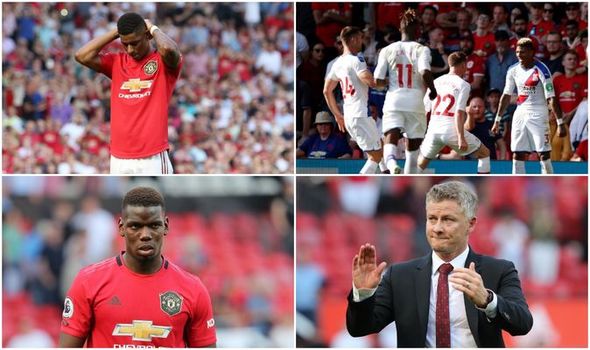 Crystal Palace inflicted Manchester United with a first loss of the season after beating Ole Gunnar’s side 2-1 at Old Trafford.

Crystal Palace was happy to sit back in blocks and defend early on. The plan worked as Manchester United failed to find a way through bar one Daniel James shot which was superbly blocked.

Marcus Rashford and Paul Pogba wasted good opportunities from freekicks just outside the box. Manchester United’s injury woes hit again when left-back Luke Shaw had to be subbed off in the first half with a hamstring strain. He was replaced by Ashley Young. 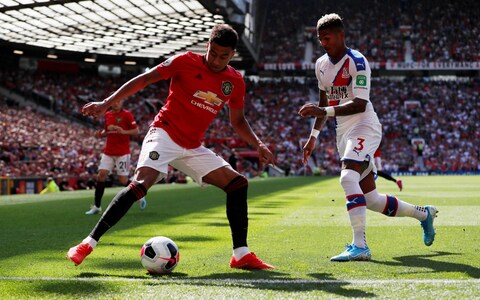 Palace took a surprise lead when Jordan Ayew raced through unchallenged and was one on one with David De Gea. The Ghanian international made no mistake and cooly placed the ball into the net for Palace’s first goal of the season.

The second half saw Manchester United up the tempo of the match and were rewarded with a penalty when Scott Francis McTominay was fouled inside the box. Marcus Rashford stepped up to take it but despite sending the goalkeeper the wrong way, his shot hit the bar and the ball went out for a goal kick.

The home side was level with two minutes to play. Quick passing from Paul Pogba and Antony Martial saw the striker feed Daniel James who superbly placed the ball into the top corner for the equalizer.

Palace got the winner in stoppage time through a rapidly quick counter-attack. Wilfred Zaha’s shot was blocked but the ball fell kindly to Van Anholt whose powerful shot was too much for David De Gea.