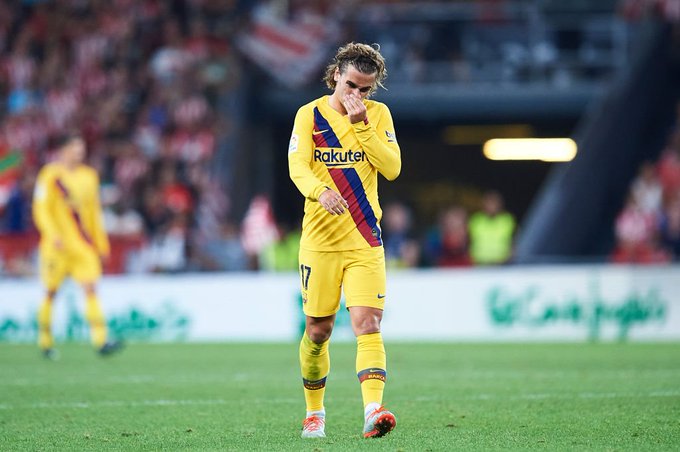 Barcelona fans criticized their new signing Antoine Griezmann for his poor showing in their La Liga opening campaign on Friday against Athletic Bilbao at San Mames.

Griezmann, who was signed for 120 million euro buyout clause from Atletico Madrid, failed to deliver what the Blaugrana fans expected in a match that was played without the captain, Lionel Messi. 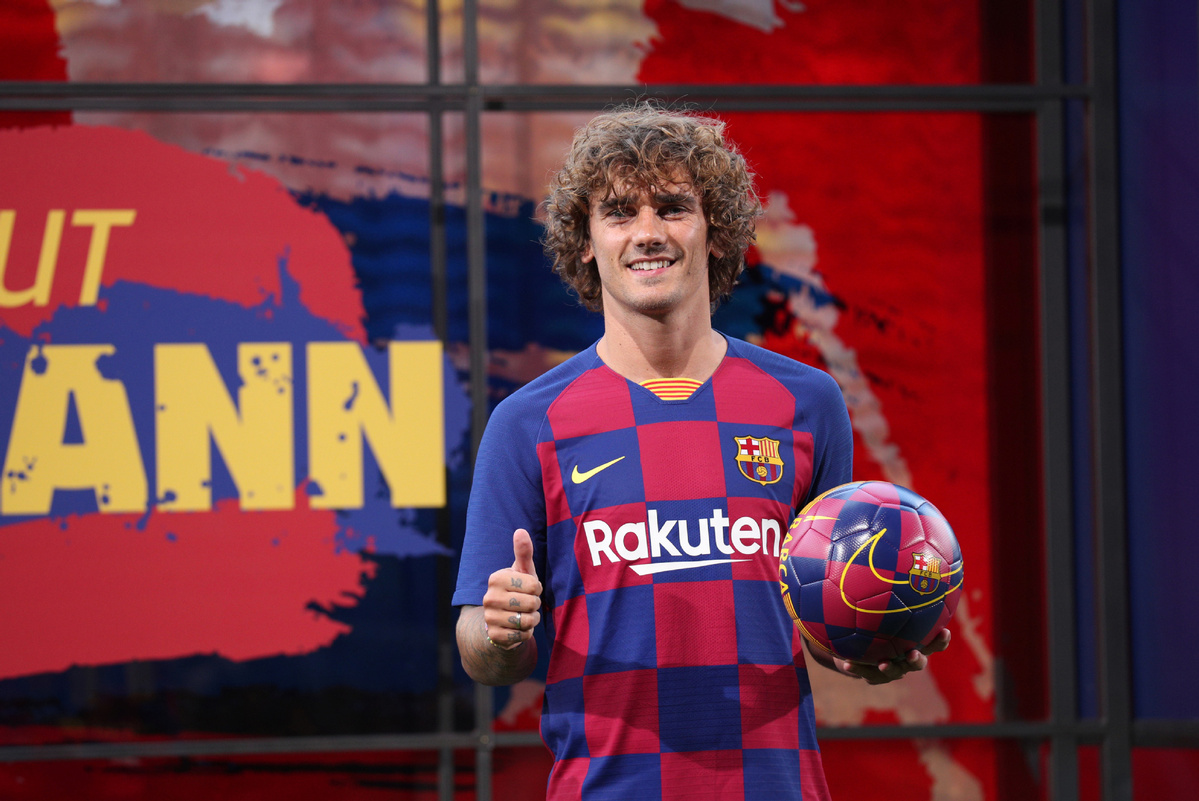 Messi was out after suffering a calf injury in training before his side’s brief pre-season tour of the United States and had not yet returned to full training a day before his side visited Athletic.

A lacklustre Barcelona were downed 1-0 by Athletic, thanks to football veteran Aritz Aduriz (38) who smashed home a spectacular scissor-kick goal in the 89th-minute just after coming into the match.

In his interview after the match, Griezmann stated that: “We dominated the game but it cost us what it costs most in football. A goal. But we will improve.”

His comments landed him in a polar state as Barcelona fans backlashed him for failing to take charge of the game. Below are some of their reactions;

Dominated? I didn’t see it

Your n*gga from France needs to go

Which game did we dominate

Nigga u high? dominated in your head maybe.

Now I don't care. Enough is enough! Put Griezmann, Dembele, Valverde and all our reserves in the deal to bring back Neymar! #Valverdeout pic.twitter.com/8sAEdchFYr

Thoughts on Athletic Bilbao vs Barcelona #FCB:#Messi
– Griezmann was a spectator
– Dembele is a fraud
– Alba is becoming a liability
– Suarez injury not a blessing in disguise
– Rafinha impressed
– Not a bench worth winning the league
– WE ARE NOTHING WITHOUT MESSI pic.twitter.com/uBXzL6VOfq

Atletico dumped their garbage on Barca’s doorstep & got 120 mil in return🤣🤣 pic.twitter.com/0GxEEoaNuL

I have said it before and I’m still saying it. This guy is overrated.

He had a very very poor game. He better wake up this is @FCBarcelona

Why nobody talking about how griezman was a ghost today? Where the f was he?

This become Barcelona’s third defeat to Athletic Bilbao without Messi in their recent head-on matches.