In the absence of Mesut Ozil, academy graduate Joe Willock starts in the attacking midfielder’s role flanked by Henrik Mkhitaryan and Reiss Nelson. Nacho Monreal stars in left-back while the center back pairing will see Sokratis partner Calum Chambers.

Record signing Nicholas Pepe is on the bench alongside Dani Ceballos and Alexandre Lacazette. 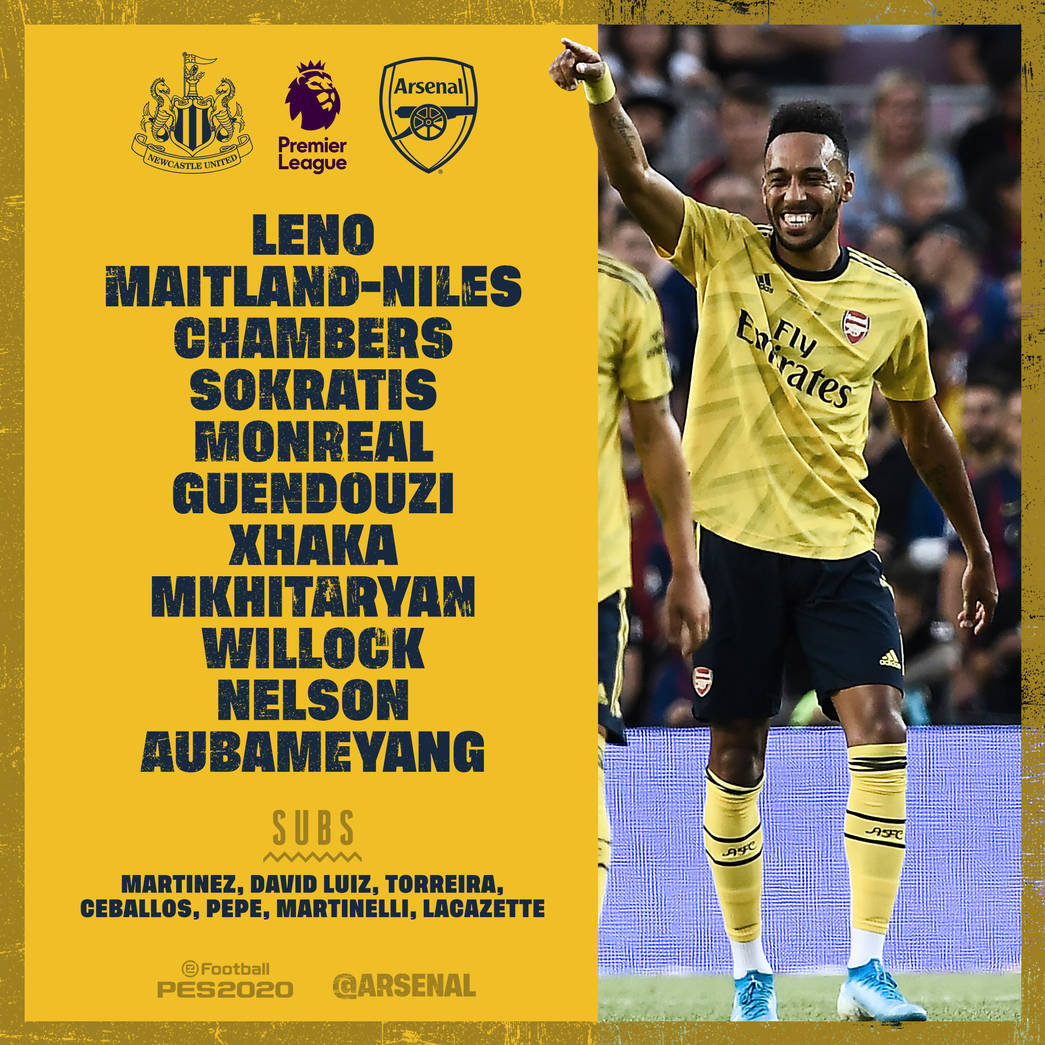 The fans had this to say on the line up..

If you told me 3 months ago that would be our opening day lineup I would’ve thrown up in your face. Obviously willock’s fantastic preseason & Nelson looking good changes that, and there’s a ton of quality on the bench. The back line is a bit scary. Need Auba to ball out

We have picked our fittest team – simple

Arsenal will be looking to get off to a winning start after losing their first two matches last season. The Gunners finished 5th as a result which means they failed to achieve their target which was getting back to the Champions League.