Arsenal is on the verge of completing a sensational 80 million pound deal to sign Lille and Ivory Coast winger Nicholas Pepe. The deal is pretty much done with the player already in London for his medical and contract signing.

Pepe will become the Gunners 4th signing this season after previous captures of William Saliba, Dani Ceballos, and Gabriele Martinelli. This is despite widespread reports earlier in the summer claiming that Arsenal only had 45 million pounds to spend this summer. 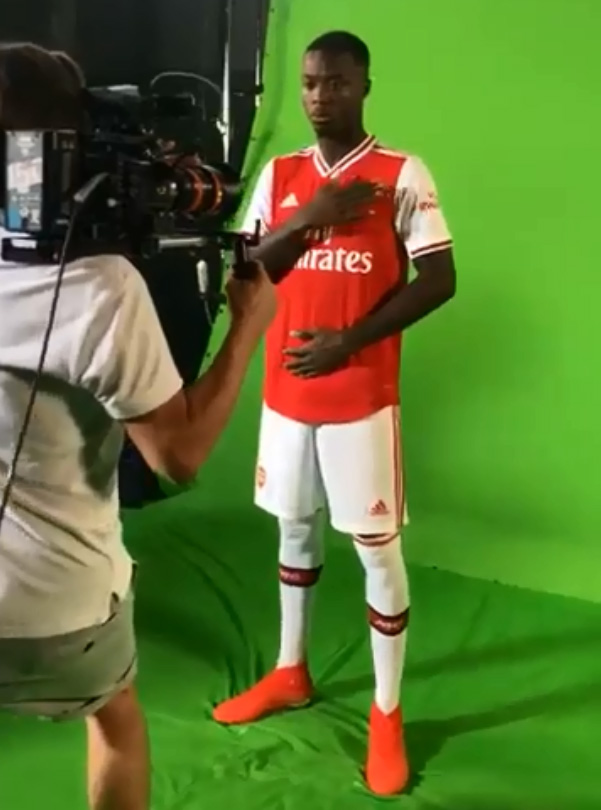 Pepe’s deal outlines Arsenal’s head of football, Raul Sanllehi’s prowess in the transfer market, something that ha not gone unnoticed by the Emirates faithful.

Pépé, Ceballos, Saliba & Martinelli. We’ve spent about £34m on them for now. Still a lot of money left. Koscielny and Mustafi leaving for around £30m. If we cop Tierney and a centre-back this is arguably the greatest transfer window for us. Raul Sanllehi should get rewarded a MBE

He wasn’t lying.
IT REALLY IS RAUL SANLLEHI FC. pic.twitter.com/5CmMoyq9Fw

It really is Raul Sanllehi FC and there isn’t anything you can do about it. pic.twitter.com/pj1Q82JTEn

Get Tierney done + a centre back and it will go down as the best transfer window since moving to the Emirates. Raul Sanllehi and Huss Fahmy are doing a madness.

-Martinelli signed for the future. -Ceballos secured on loan.
-Saliba arriving next season.
-Pépé seemingly having his medical tomorrow.
-All involved in the Tierney deal are confident that an agreement will materialize.
-Rugani possibly joining on loan.

Honestly, if we do pull off a transfer window of Martinelli, Ceballos, Saliba, Tierney, Nicolas Pépé and a central back I might have to do a whole thread to explain how Raul Sanllehí has pulled a masterclass.

Get a statue of Raul Sanllehi outside the Emirates stadium RIGHT NOW!

Arsenal really leaked it to the media that we only had £45m to spend just so we could work on a deal for Nicolas Pépé hiring Mendes as an intermediary without our rivals getting a smell of it. We should rename the club to Raul Sanllehi Club de Football if the deal goes through.

Raul Sanllehi was appointed as Arsenal’s head of football in 2017. Under his leadership, the Gunners have signed Pierre Aubameyang, Matteo Guendouzi, Lucas Torreira and the aforementioned players signed in this summer transfer window.

After Pepe, the Gunners will move on to sign Celtic left-back Kierba Teirney and a possible replacement at center back for the departing Laurent Koscielny.

Arsenal fans, how would you rate Raul’s work at the club? Share your thoughts in the comments section below.