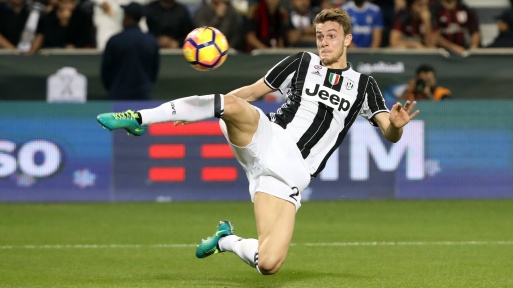 This summer, the Gunners have only signed one player, an 18-year-old Gabriele Martinelli from Brazil side Ituano. Even more puzzling for Arsenal fans is the fact that most of the players linked with moves to the club are wingers and attacking midfielders.

The club is busy pursuing Crystal Palace forward Wilfred Zaha while Real Madrid’s attacking midfielder is on the verge of joining the Gunners on a season-long loan.

However, reports on Wednesday claimed that Unai Emery is interested in bringing Juventus defender Daniele Rugani to the Emirates Stadium. The defender is out of favor at Juventus after the Italian Champions signed Matthijs de Ligt from Ajax.

Arsenal could move for 24 year-old defender Rugani, who Juventus are apparently willing to let go this summer. [TuttoMercatoWeb] #afc pic.twitter.com/e4zPKPBmZK

🇮🇹❓ | Juventus defender Daniele Rugani has emerged as a new transfer target for the Gunners – is it a deal that the club should consider pursuing? #AFC https://t.co/XthHBfN3pK pic.twitter.com/qZYw6gYFsR

Arsenal’s defensive problems were made even worse when Club captain Laurent Koscielny refused to travel with the team for their American Pre Season tour. The French center back is eager to seal a move back to his homeland with Ligue 1 sides Rennes and Bordeaux interested in his services.

Emery on Koscielny: “He decided to be out. I respect him but I have a responsibility, he has a responsibility & the club have their responsibility. Now, it’s one issue only for the club & him. My idea is to continue with the players we are working with & that want to be here.” pic.twitter.com/HQESFf1J4T

The Club has yet to make a decision but should Koscielny leave or stay, Arsenal still need a new center back.