There are only two matches left in this year’s Africa Cup Of Nations Tournament. The 32nd edition has produced some memorable moments and matches. The next two may be the most important in terms of accolades but there have been a few matches that have perhaps produced the best entertainment.

Below, we highlight the best matches at the Biennial showpiece stage in Egypt.

A West African affair that produced 5 goals and many more near goal moments. Odion Ighalo opened the scoring for the Super Eagles in the 20th-minute before a quick-fire double from Cameroon saw the defending Champions take the lead into half time.

Nigeria replied with a quick-fire double themselves in the middle of the second half. Ighalo completed his brace in the 63rd minute before substitute Alex Iwobi sealed the win for the Super Egles 3 minutes later.

Yet another derby, yet another 5 goal thriller, and again, a brace hero. The East African bragging rights were at stake and both teams fought to the last minute for home glory.

Taifa stars took the lead after only 6 minutes of play but Micheal Olunga equalized with a superb overhead kick. Tanzania would, however, go ahead almost immediately through the electric Mbwana Ally Samatta.

Johanna Omollo’s header two minutes after the hour mark leveled matters and with time running out, Micheal Olunga completed his brace to hand Kenya only their second win in the history of the tournament. Much more though, it gave the Harambee Stars the much-coveted bragging rights.

Two giants in the continent met in what was an explosive semi-final clash. Good work from Riyad Mahrez saw his dangerous cross turned in by the unfortunate Willian Troost-Ekong for the opener. 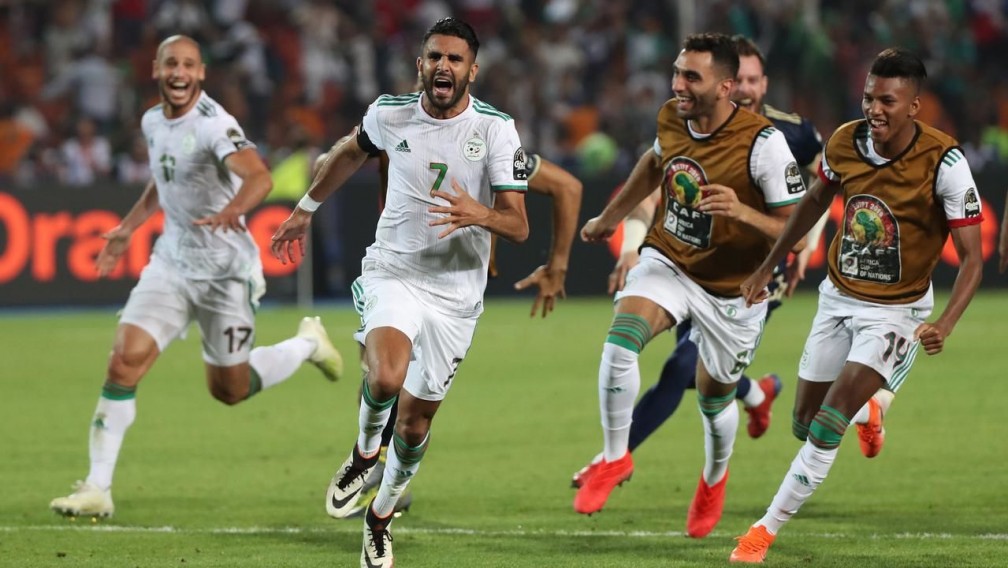 Odion Ighalo scored the leveler and his 4th in this year’s tournament from a VAR awarded penalty. Mahrez, however, had the last say when he curled a brilliant freekick into the top corner with virtually the last kick of the game.