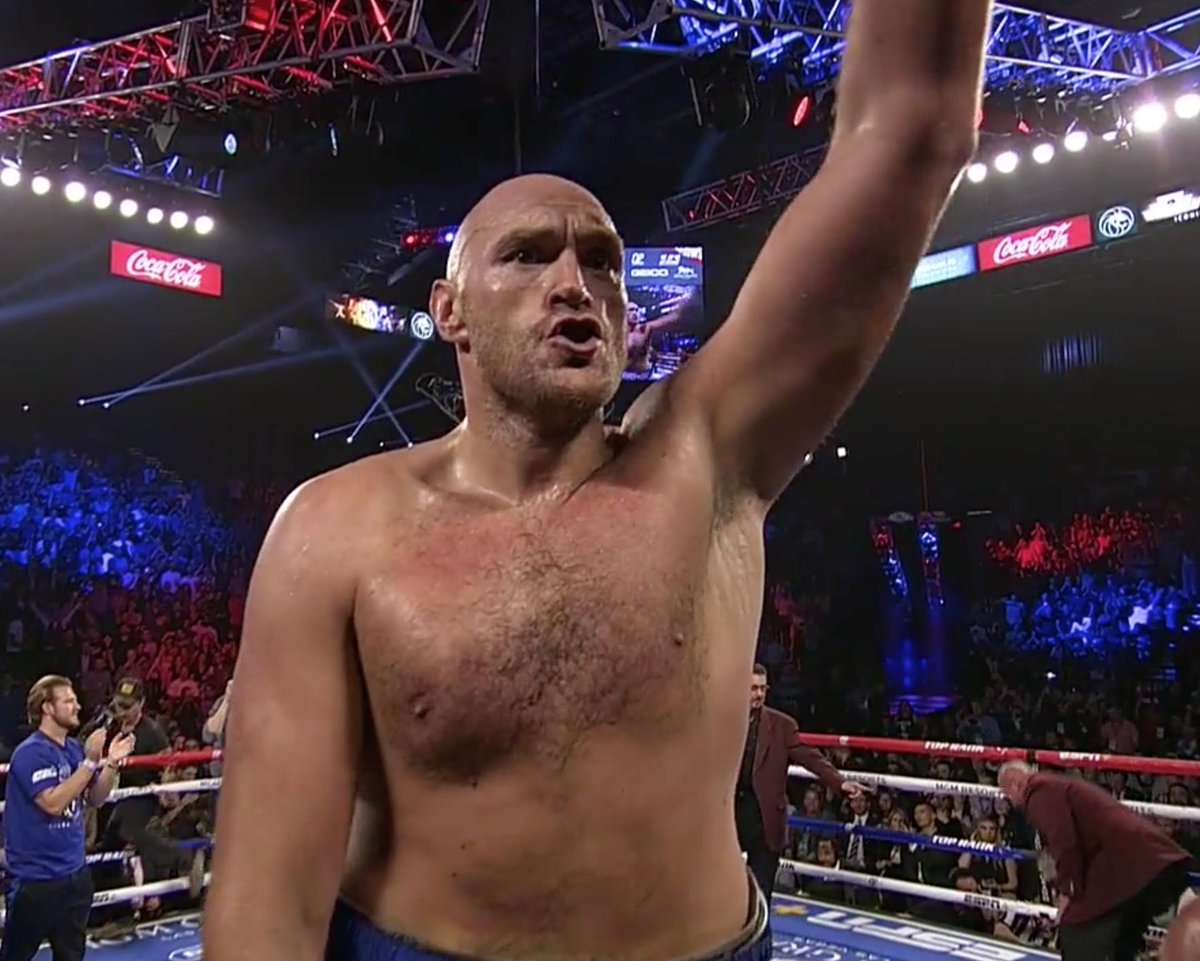 Britain’s Tyson Fury put up great revenge for his fellow Brit Anthony Joshua who was beaten by Mexican, Andy Ruiz as he produced a ruthless display to stop previously undefeated Germany heavyweight Tom Schwarz in the second round in Las Vegas.

Fury, who put on shorts with the American stars and stripes, entered the ring to James Brown’s ‘Living in America’ and in the ring Fury backed Schwarz to the ropes in the second, driving a right-hand home to drop the German. 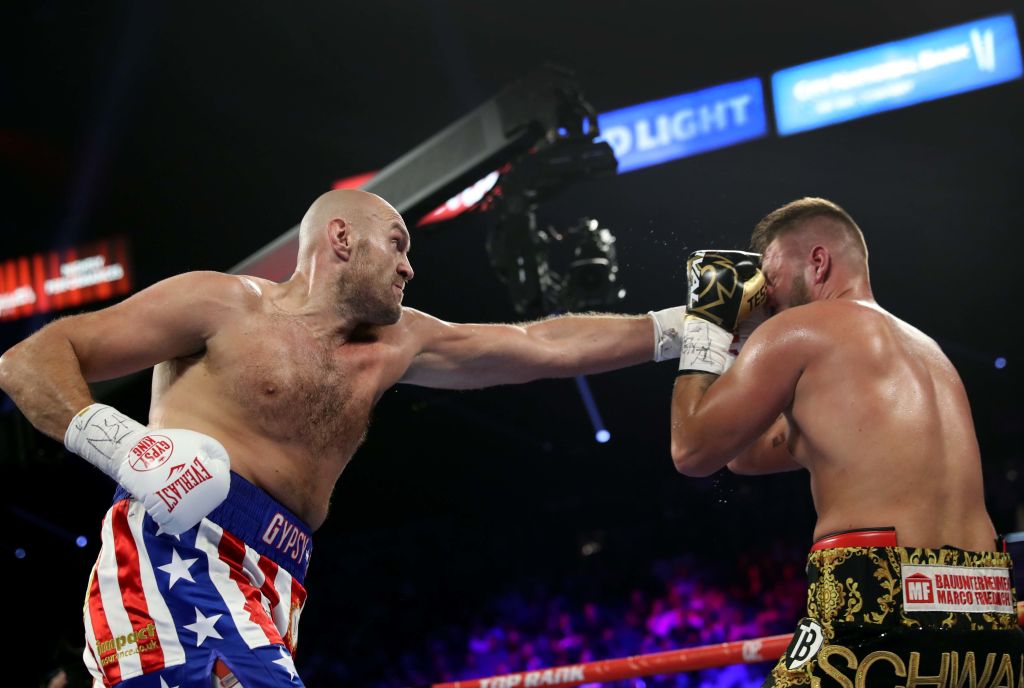 Seconds later with Schwarz bloodied and under attack fixated onto a corner and receiving merciless blows from the furious British, his corner had to throw in the towel just as the bout was waved off.

“I got a big man out of there by switching it up. He caught me with a couple but you can’t go swimming and not get wet,” said Fury. 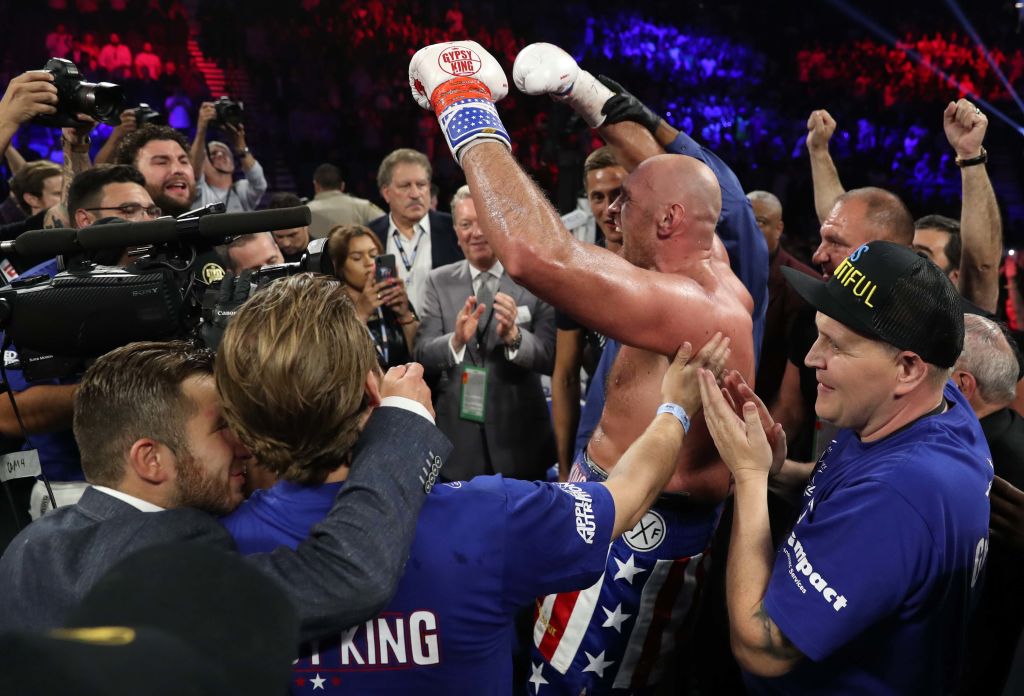 “I came here to have fun and enjoy myself. I don’t take it too seriously. I thought I put on a good show and the fans got what they paid for.”

It was Fury’s first outing since his controversial draw with WBC world champion Deontay Wilder in December last year with many exhibiting feelings that the 25-year-old Germany, Schwarz was over-matched. 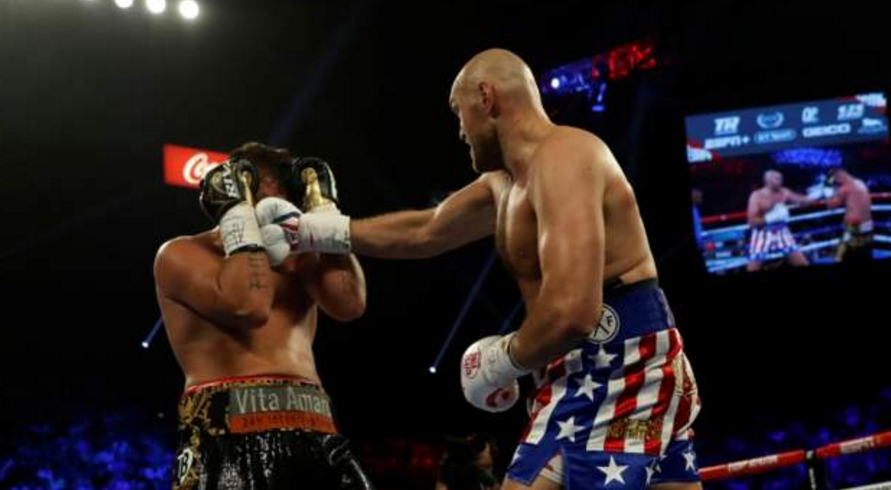 But this was billed as a ‘showcase’ bout for Fury in what was his first contest on a lucrative deal with ESPN. The marketing of the former world heavyweight champion was there for all to see as he took off a black robe during his MGM Grand ring walk to reveal the US stars and stripes on a second gown.

This was all about enhancing his profile to the American market and the five minutes and 54 seconds of boxing that followed did little to harm the 30-year-old’s future earning power or damage his hopes of a rematch with Wilder.

Tyson Fury is a GOD. pic.twitter.com/1o7uJ8Qvh7

In round one he pinged a sharp jab through the underdog’s defence and threw smart hooks around the guard, with Schwarz walking forward gamely but landing little against the evasive 6ft 9in Fury frame.

And in the second, Fury showed his abundant ring craft when he willingly retreated to a corner before landing a left hook while swivelling out of the tight space to open up an attack. 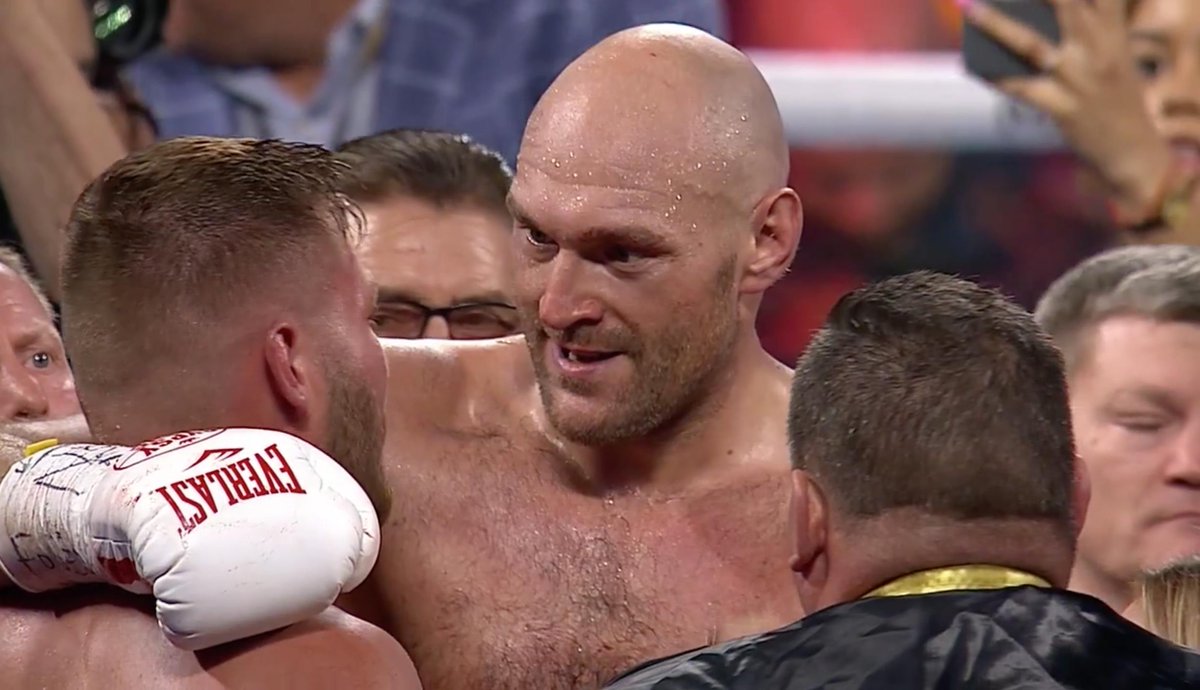 It was the beginning of the end as seconds later he thrust a right hand into Schwarz’s face, forcing a knockdown which was quickly followed by the conclusion as Schwarz stood a static target with shots raining in on him.