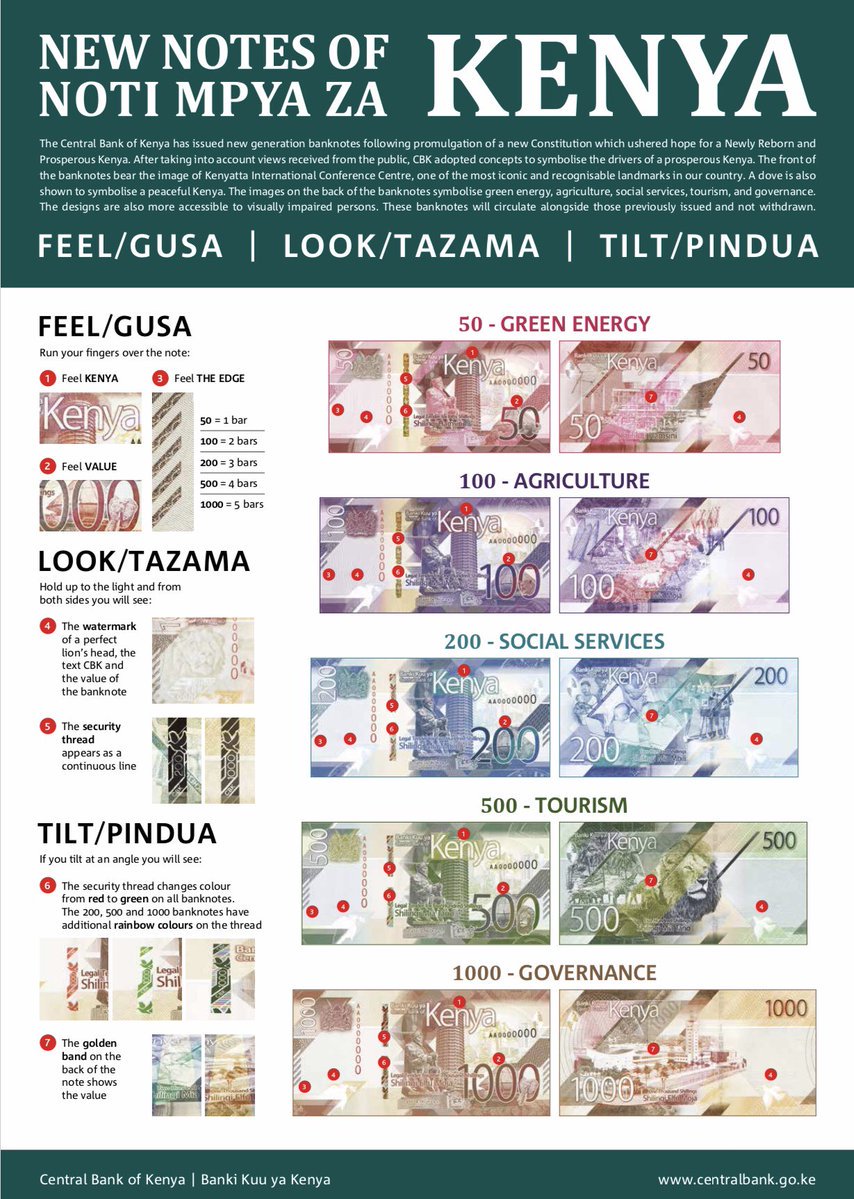 As the Central Bank of Kenya unveils the new note, Kenyans on Twitter have come out excited noting that the move will help the government get hold of the corrupt individuals.

There have been rumours and speculations that some big shot individuals have been hiding money earned through corruption in their houses to avoid been caught transferring bulk money to the bank.

During the launch, the CBK governor Patrick Njoroge noted that all Kenyans are expected to have exchanged the older notes with the new ones by October 1, 2019, after which the older ones will cease to be legal tender.

“All persons have until October 1, 2019, to exchange Ksh 1000 banknotes for the new generation bank notes, after which the older notes will cease to be legal tender” ~ Central Bank of Kenya Governor Patrick Njoroge”

"All persons have until October 1 2019 to exchange Ksh 1000 bank notes for the new generation bank notes, after which the older notes will cease to be legal tender" ~ Central Bank of Kenya Governor Patrick Njoroge #MadarakaDay pic.twitter.com/uyD22NKfqB

Kenyans online could not hide their excitement following the new announcement which will now have the government catch the corrupt individual.

While talking t twitter here are some reactions from Kenyans.

Does this mean those hoarding notes thru corruption will be caught? And if they don’t exchange, they will lose what they stole?

Smart move…You show up to exchange millions with the new bank notes and the bank is like ‘ Source of your income please’…There may be nowhere to hide for some people….Kudos CBK

Call it the Modi of India- like shock therapy against mattress banking.But it should be structured.

those with billions stacked in their houses itabidi walambe lolo sasa