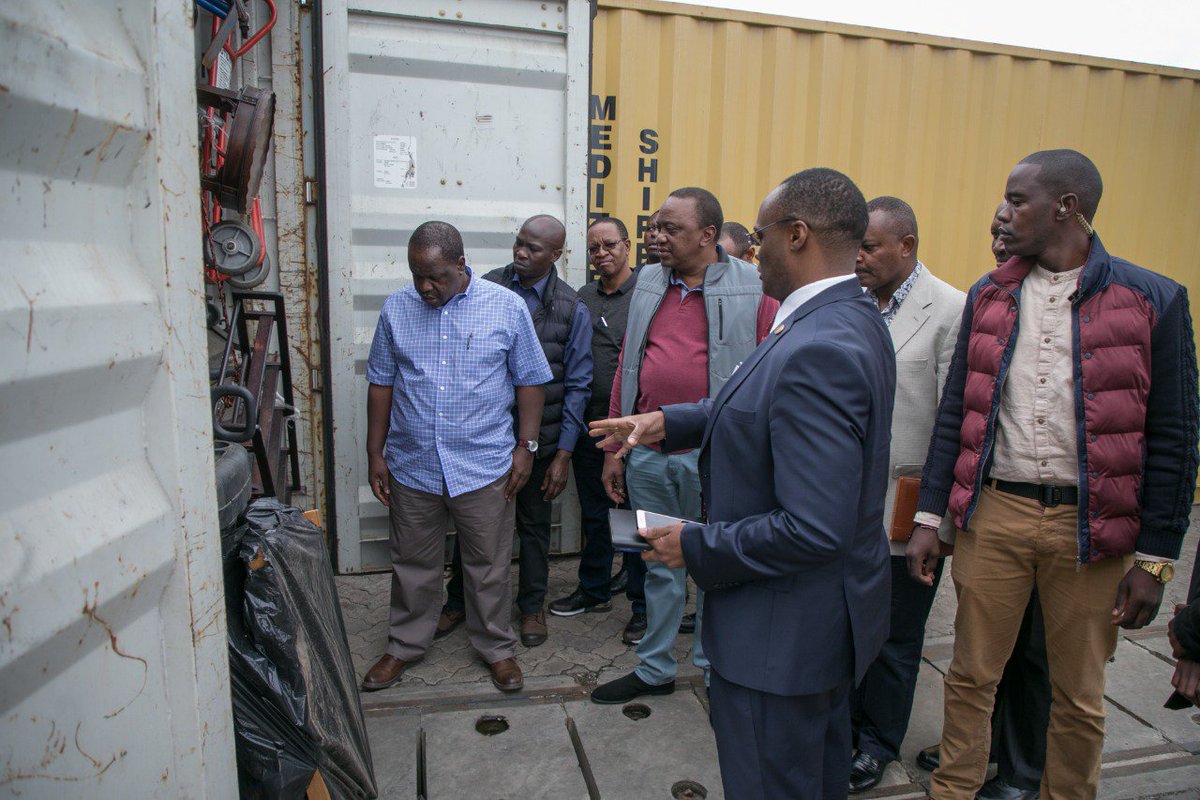 President Uhuru Kenyatta on Monday morning made an impromptu visit to the Embakasi Inland Container Depot where seized containers are being stored.

The head of state’s visit was prompted by complaints by traders whose goods have been confiscated. 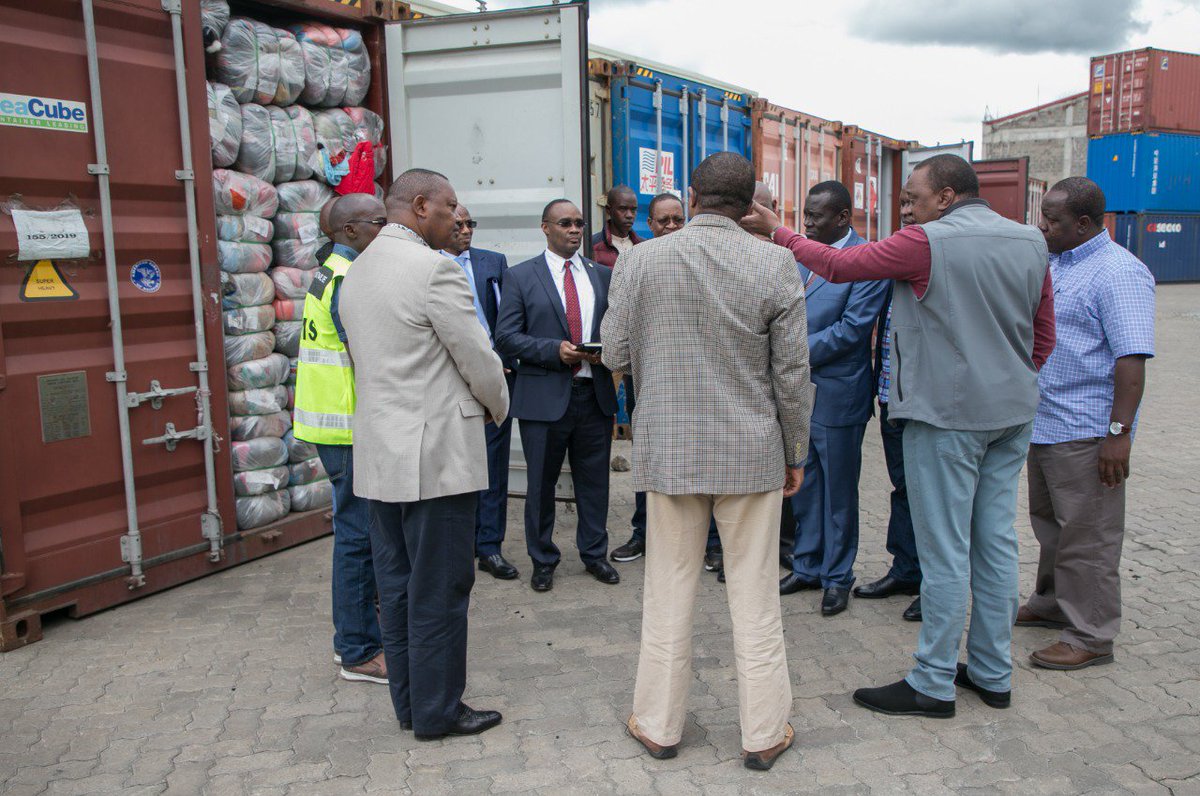 President Kenyatta made an impromptu visit to the Embakasi ICD where seized containers are being stored. The visit was prompted by complaints by traders whose goods have been confiscated. He was accompanied by CS Matiang’i, PS Kibicho and heads of the multi-agency task force. pic.twitter.com/JmUMhMQCAO

Early last month, counterfeit goods worth over Sh100 million were seized by the Anti-Counterfeit Authority.

The goods seized included electrical appliances, sportswear and motor vehicle spare parts among others are said to have come from Far East countries.Another 40-foot container of fake circuit breakers imported from China and valued at over Sh10 million was also seized last month.

Anti-Counterfeit Authority (ACA) Chairperson, Flora Mutahi later revealed in an interview with journalists that over 70 percent of the illicit goods entered the country through the sea ports.