When I  bought my Mazda Bongo, I lost my right side mirror to a Githuari bus and later the left signal light to a reckless driver I had hired for my meat delivery business. All these at two different instances.

The car was new to the market at that time. Getting a spare for it was difficult. They were not available in the market. My instincts told me to head to Grogon downtown.

That is where I found my side mirror and it cost me Sh3,500. Later i found my signal lights at Kirinyaga road. Anyone who owns a car in Nairobi knows that those two locations in Nairobi are a lifesaver and a friend in times of need.

Thousands of second-hand motor vehicle spare parts dealers are staring at a bleak future after the Kenya Bureau of Standards (Kebs) moved to enforce a tough restriction on the importation of used car parts.

The standards agency, in a notice sent out to pre-shipment cargo inspectors, has specified 17 categories of second-hand spare parts that are banned from entry into the country in a policy shift intended to rid the market of the used car parts. 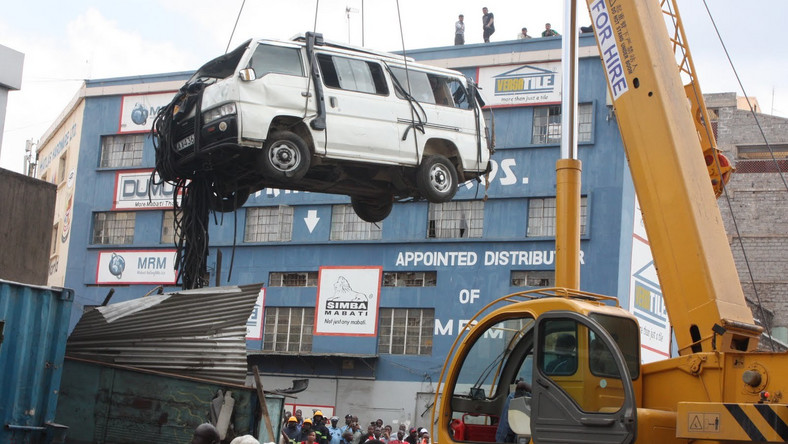 The policy change is part of the government’s agenda to gradually phase out second-hand vehicles with the ultimate aim of creating substantial demand for new, locally-assembled vehicles.

The Ministry of Industrialisation has been developing regulations in the controversial National Automotive Policy intended to restrict import of used cars that are older than five years, arguing that this will boost local manufacturers and create high-quality jobs in the long run.

The law currently allows import of second-hand vehicles that are up to eight years old.

Kebs Corporate Communications Manager Phoebe Gituku said the restriction applies only to used car parts and does not put any barriers for importers of new spares.

The Kebs notice is pegged on the agency’s standard KS2190:2013. This requires that parts like tyres, tie-rod-ends, bearings, spark plugs, clutch plates, brake pads, tubes, brake hose pipes, rubber bushes, filters, pressure plates, rack ends, ball joints, break and clutch cables among others are to be imported only as new.

“The used motor vehicle spare parts are not to be imported. This is outlined in the Standard and implementation began in March 2018. Kebs has only restricted the used spare parts, not new ones,” said Ms Gituku.

The move could be a blow to the hundreds of thousands of motorists who heavily rely on used motor vehicle spares, which are relatively cheaper and of better quality than new imports that mainly come from China, Taiwan, India and Indonesia.

Tens of thousands of Kenyans are engaged in the used parts trade, mainly based in Nairobi’s Kirinyaga Road, Grogon and industrial areas with others scattered across major towns around the country.

The used parts are mainly imported from Japan and Dubai.

The Economic Survey 2019 shows that Kenyans spent Sh10.1 billion last year on importation of motor vehicle spare parts, most of which were second-hand, based on motorists’ preference. 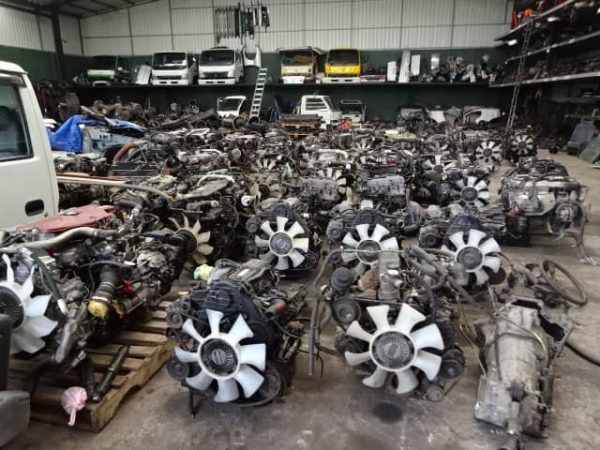 Several motor vehicle industry stakeholders who spoke to the Business Daily said the ban was retrogressive and it will only deny motorists the ‘better quality’ used spares.

Others saw the ban as a concealed effort to start implementing recommendations in the draft National Automotive Policy that is yet to be agreed on by all stakeholders.

“I don’t think they are being genuine and you can see the whole conspiracy from the new motor vehicle dealers to take over the spares market as well. The government is not likely to achieve much because even the salvage motor vehicles still generate a significant portion of the second-hand parts. Some of the so called new parts are fake and break down very fast,” said Mr Munyori.

A source within Kebs said the ban was originally intended to target parts with fast wear and tear but was expanded to target others that the government felt could be sourced locally.

KUMPIA Secretary-General Eliud Riika said the restriction does not just make import difficult but also complicates compliance for shipping of certain parts that are hard to import in the prescribed manner by the standards body.

“It is not realistic to allow people to import used cars from Japan and then restrict imports of parts. We have invested a lot in this trade, we usually buy used cars in Japan before (extracting) parts from them, we don’t just buy parts as isolated materials the way some people may imagine,” said Mr Riika.

According to him, it takes considerable labour and time to source the parts which many motorist favour due to their durability and fairer cost.

In the draft automotive policy, Kenya hopes to gradually and systematically reduce and eliminate the importation of used vehicles and used parts share in the domestic market by promoting assembly and production of automotive products locally.

The government has continually blamed the importation of used motor vehicles and used spares for the dismal performance of the local vehicles assembly plants that are operating at an average of 16 percent, producing just about 5,000 vehicles against an installed capacity of 34,000 vehicles in a single shift.

“To address the challenges affecting the vehicle industry, including the lack of dedicated legal, institutional regulatory framework, importation of parts by franchise holders instead of procuring from local parts manufacturers, influx of used fully-built units, among others, the National Automotive Policy was developed,” reads a February 2019 draft of the policy released by the Ministry of Trade and Industrialisation.

Majority of the restricted spares listed in the Kebs notice also appear in the draft policy as manufactured locally, indicating a link between the ban and the drive for the new policy meant to kick off in July.