Netizens have come out guns blazing to rebuke Goveror Sonko for taking credit for a project he played little to no part in. ‘Riding on the glory of noble hardworking citizens’-as one graciously put it.

Sonko took to twitter to show off the new transformed look of Nairobi River riparian land in Korogocho, from a dumpsite to a beautiful safe recreational park. People however took offence.

People’s Park was a dumping site and a crime hotspot in Nairobi, now it’s been transformed into a well-manicured park and a popular spot for residents to meet and play. It is no longer a ‘no-go zone’.

With well-manicured grass, stone paths and trees offering shade from the scorching sun, it has become a popular spot for Korogocho residents to meet and play.

The new look of Nairobi river riparian land in Korogocho area, Embakasi North Sub-County after we rehabilitated the place to create a recreational park for locals and visitors. pic.twitter.com/3JxdRFfZkH

Here are some of their reactions:

Wasn’t this a project of some youths from korogocho? Are you joyriding on a project that isn’t yours in the 1st place? They were even featured on TV

I thought this is the work of the 69 reformed youth in Korogocho known as Kombgreen. I hope you are not taking credit for their work. https://t.co/beLqJnEceN

We were so inspired and humbled by the hard work and dedication of the *Kombgreen* youth group who have rehabilitated this whole area to create a beautiful green space for the community in Korogocho… it will be so great if they can get more support to continue their great work!

Its work of @komb green group stop joyriding in grace of others Mheshimiwa!

Komb Green Solutions, the reformists group of youths responsible for this great project consist of 69 youths, 36 ladies and 33 gents.

They hope to establish free wifi in the new transformed recreational park. They are striving to keep Nairobi River clean. They have even cleared out space for kids to play, something uncommon in any slum area.

These young individuals are changing the dynamics of employment in the country by going out and creating it themselves, for the betterment of the community as a whole. Their efforts are commedable.

In the meantime, Komb Green Solutions is going to keep doing what it can to increase the number of green spaces around Nairobi, Muchina said. 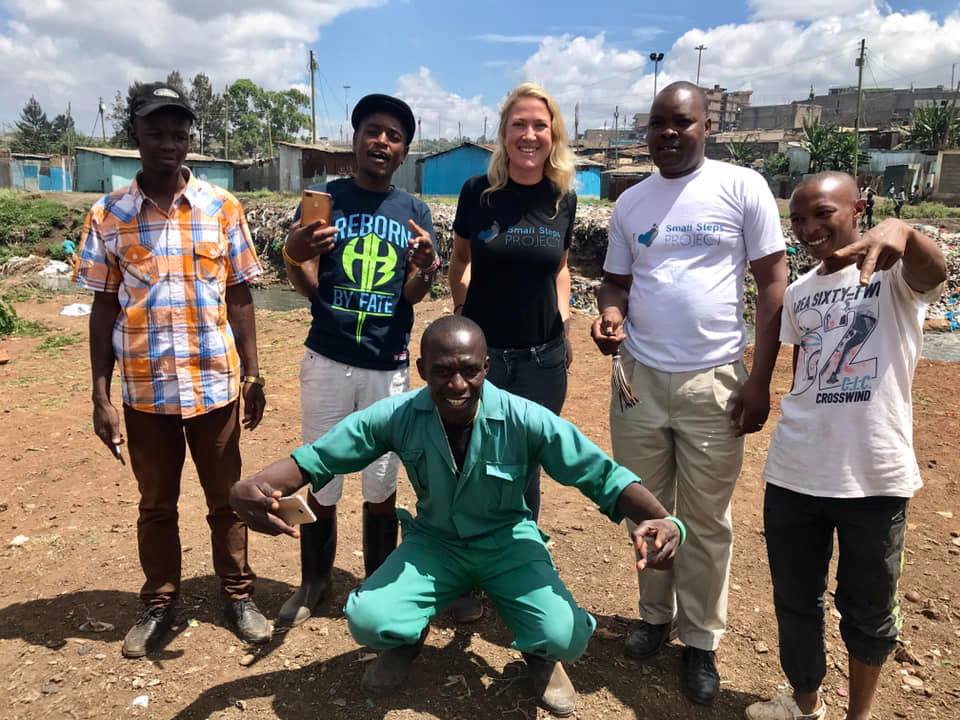 The group has identified five other spots to clean up this year.

That means five more communities who will have a new space to help them feel safe, he said.

Korogocho area chief Omache Nyabuto said that while there are no reliable crime rate figures for the slum, he has seen reports of serious crimes drop in the two years since the group cleaned up the park.

Nyabuto stressed that there are also other factors behind the growing peace in the area, but said the park has had a huge positive effect.