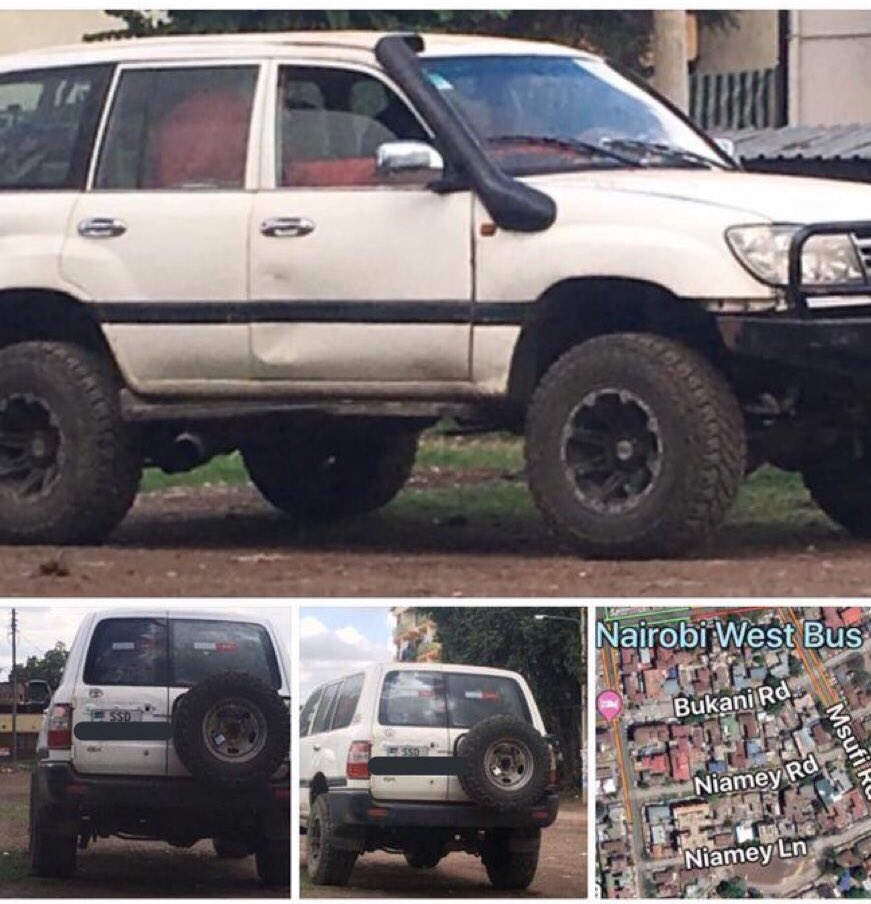 The office of the Directorate of criminal Investigations have calmed down citizens who were alarmed by a suspicious vehicle that had been parked near Nairobi Hospital for a couple of days.

The DCI detectives reportedly acted swiftly upon receiving the information. They thoroughly searched the vehicle and fortunately nothing suspicious was found. They have however detained it for further analysis.

Its also been revealed that the owner is a freelance journalist in South Sudan.

Detectives acted swiftly on receiving info abt a suspicious vehicle that had been parked near Nairobi Hospital for a couple of days. Vehicle thoroughly searched by #CSI personnel & nothing suspicious found;Detained for further Analysis. Owner is a Freelance Journalist in S/Sudan. pic.twitter.com/4FDksMJdcu

Kenyans have been more watchful these days following vigilante advice by the US Embassy after the Dusit D2 terror attack that left Kenya aware of terror attacks susceptibility.

The Dusit attack vehicle which was used to ferry the suspected terrorists to 14 Riverside Drive premises where the attack took place, created quite a controversy for the National Transport and Safety Authority and was severally reported by residents whenever its lookalike was spotted in any residence awaking terror alarm