The Judges in Kenya are under investigation on how they have been facilitating drug trafficking activities.

The report, a product of months of investigations, put the courts on the spot, amid allegations that drug dealers approach judicial officers with mouthwatering deals to get lenient rulings.

Coupled with the challenge at the courts is complicity by police officers who collude with drug lords to help the latter evade arrest.

Kenya is a major target market for heroin but other narcotics also find their way through its porous borders.

More alarming is that the dealers are targeting schoolgoing children as rogue officers “are in bed” with the dealers, at times directly or through proxies.

The police also blame the courts for issuing bail terms that suspects pay within days, hence can manoeuvre to have their businesses run uninterrupted. 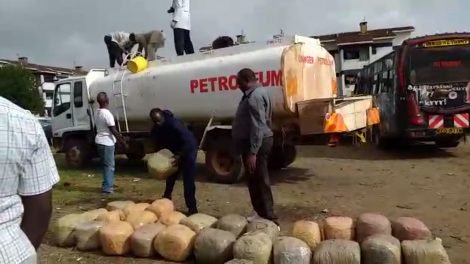 A further finding is that Kenya still remains an active transit point for drugs to parts of Africa, Europe, and America.

And in what could shock many, despite the inroads made in weeding out the menace, Kenya is still a host to high ranking members of a drug trafficking organization.

And in what could shock many, despite the inroads made in weeding out the menace, Kenya is still a host to high ranking members of a drug trafficking organisation.