The Law Society of Kenya has finally cleared Prof Tom Ojienda for the Judicial Service Commission election after a row over tax dispute.

Prof Ojienda was listed among four other candidates as having submitted nomination papers, in a notice signed by LSK Secretary/CEO Mercy.

“The Council of the Law Society of Kenya in its meeting held on Monday, February, 11, 2019, considered and accepted the nominations of all the above mentioned candidates,” it reads.

LSK said details on the upcoming elections will be communicated once consultations with the Independent Electoral and Boundaries Commission (IEBC) are complete.

On December 28 last year, Ojienda was arrested and grilled over a scandal involving Mumias Sugar Company.

He was accused of uttering a false document to the sugar company as legal fees amounting to Ksh.1,808,000.

The LSK reacted angrily to his arrest demanding his release and warning that they would move to court over arrests that were undertaken mostly on Fridays.

“This kind of practice is objectionable, in bad faith and contrary to Article 157 (11) which requires the DPP to prevent and avoid abuse of the legal process,” said LSK.

Ojienda was then released from police custody on December 30. 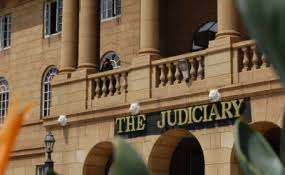 When he was arraigned the next day, the High Court blocked his prosecution after Senior Counsel James Orengo challenged the decision to prefer charges against Ojienda.

The Director of Public Prosecution was up in arms claiming that the move eroded public confidence in the criminal justice system.