The Red Devils have been firing on all cylinders ever since the Norwegian took the reins from Jose Mourinho following the December defeat by Liverpool. Temporary Manchester United manager Ole Gunnar Solskjaer has reacted to losing his first match in charge.

Solskjaer has guided United to 10 wins in his first 12 matches, losing just once against Thomas Tuchel’s talented French champions Paris Saint-Germain this Tuesday.

Here’s everything Solskjaer had to say about the defeat and Manchester United’s performance in his post-match interview on BT Sport. Ole was asked what he made out of his defeat on Tuesday. He answered that it looked like a game that they thought was going to be in the first half, both teams looked at each other and there wasn’t much in it and then the first goal, when they got that one, it was a poor goal to give away from set plays and then PSG got the momentum, they started to control the game, they had the experience to play out. 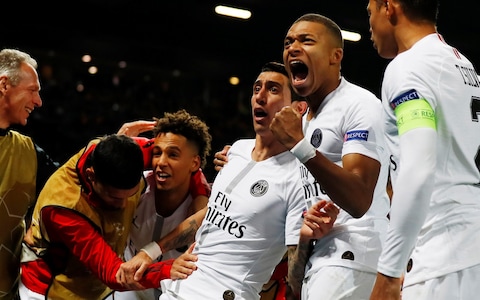 Ole Gunnar added that they have not played games of that level for a while and they  have to learn from this experience because the game was one that could have gone either way. “It’s not going to be a season-defining one for us it has to be one that we learn from.” he added.

According to Solskjaer, PSG step up the pace at the start of the second half had nothing to do with Martial and Lingard injuries, because Manchester had players like Mata and Sanchez to come on who according to Gunnar quality players. “Both players they give us something, let’s hope they’re (the injuries)not too serious.” said Gunnar.