Senior government officials and parliamentarians have spent Sh2.9 billion on travelling in the current financial year, a new report shows. Sh1.7 billion was used on domestic travel and the rest on foreign trips, according to the latest report by the Controller of Budget. The new report for the first quarter of the 2018/2019 financial year shows the Government also spent huge sums of taxpayers’ money on rent and rates on non-residential buildings, which gobbled up Sh1.4 billion. Another Sh718.9 million was spent on hospitality, conference and catering during the year under review.

The increase in foreign travel expenditure goes against calls by Treasury and President Uhuru Kenyatta, asking government departments to cut on non-essential spending. “The highest expenditure by ministries, departments and agencies in other categories included Sh669.9 million on domestic travel by the National Assembly and Sh409.3 million by the Ministry of Foreign Affairs on foreign travel,” the report reads. 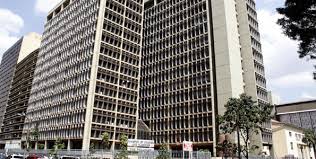 Controller of Budget Agnes Odhiambo expressed concerns the budget implementation faced challenges, including delay by Treasury to release funds, delays in uploading procurement plans into the Integrated Financial Management Systems (IFMIS) as well as delays by the departments to submit reports to her office. With regards to Personal Emoluments (PE) by ministries, departments and State agencies (MDAs), the report shows Sh88.6 billion was spent in the past three months, raising questions. Odhiambo said Sh55.5 billion was spent on Semi-Autonomous Government Agencies (SAGA). She said transfer of funds to SAGAs by the Government departments was meant to complement activities and mandates executed by the latter on behalf of the parent ministries.