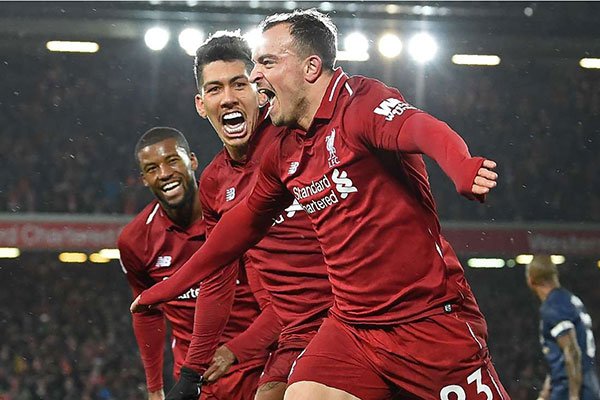 This went somewhat unnoticed during the game, but it looks like Xherdan Shaqiri may have taken a deliberate little dig at Jose Mourinho after celebrating his goal for Liverpool vs Manchester United.

The Switzerland international can be seen in the photo below putting his hand to his ear and squinting rather like Mourinho recently did when his United side won 2-1 away at Juventus. 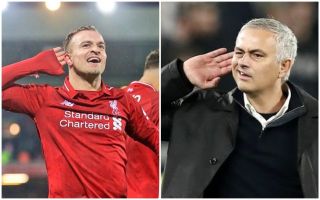 That seems like a very long time ago now as the Red Devils’ form has gone from bad to worse, but it seems Shaqiri remembered it – and didn’t miss his opportunity to troll the Portuguese!

The Red Devils suffered a humbling defeat from the Klopp’s side. Shaqiri came as a substitute and in less than 15 minutes of play he had fully buried Manchester United hope of even getting a point from that match.

Peter Drury is a proper commentator. Martin Tyler needs to fuck off pic.twitter.com/M5K014zrTO

The game ended on a 1-1 draw in the first half with goals from Mane for Liverpool but Lingard leveled the score for the away team Manchester United.

The Jose Mourinho’s side was dominated by Liverpool throughout the time and managed to climb at the top of the EPL league table in front of Manchester City and Chelsea who also won their matches during the weekend.

Mourinho on why he thinks United can still finish in the top four #mufc
📹: @@pasport pic.twitter.com/2p3LsJdC0T