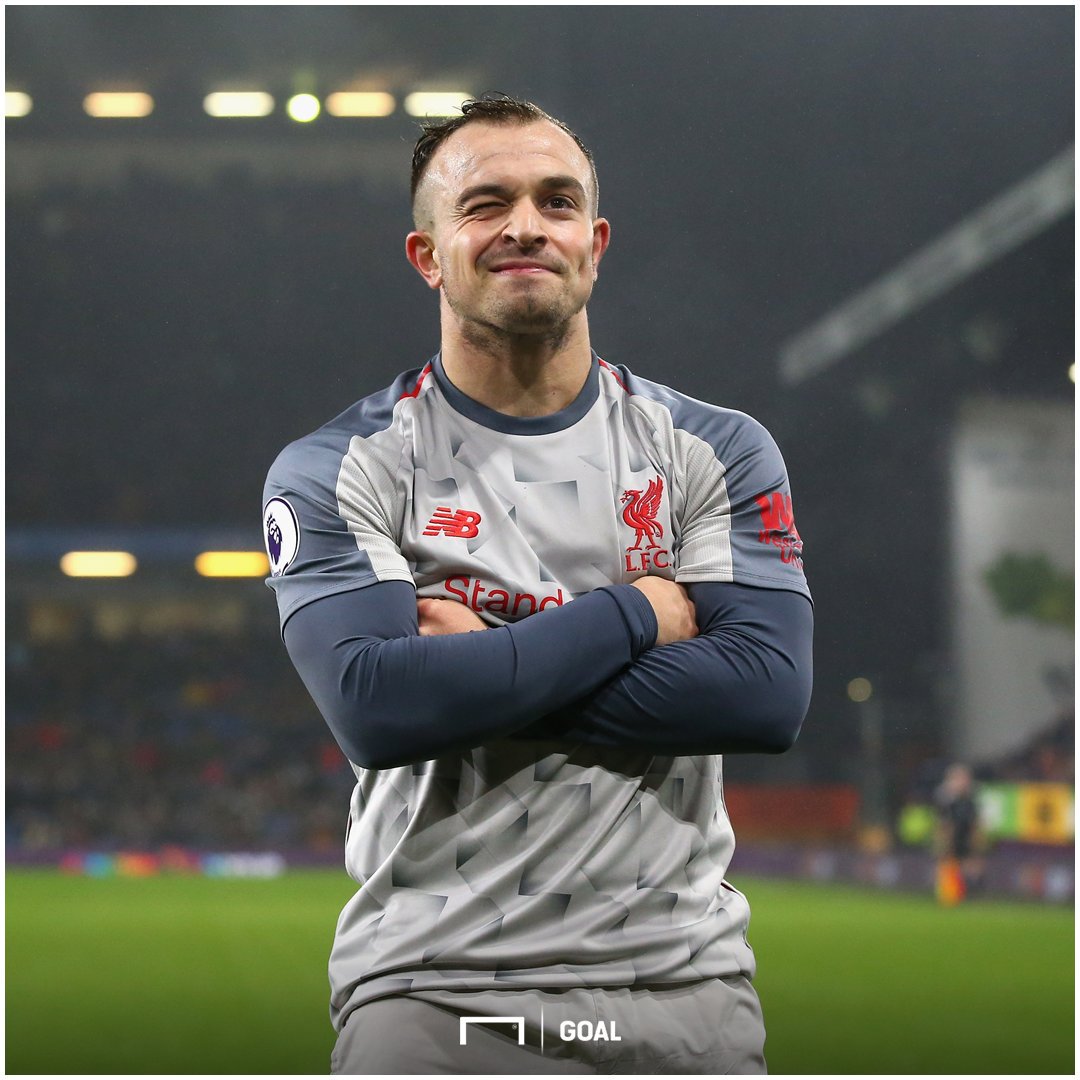 Xherdan Shaqiri has told Liverpool they must continue to be brave in their push for Premier League title glory and if they are to maintain the pressure on leaders Manchester City.

Jurgen Klopp’s side responded to going behind at Burnley by scoring twice in seven second-half minutes as they eventually won 3-1 on a testing night at Turf Moor.

It gave Liverpool their best ever start to a league season after 15 games, with 39 points accumulated, though Klopp still found reason to moan after an injury sustained by Joe Gomez.

Klopp knew they had to win against a struggling team who had not tasted victory since September and, at 1-1, sent on Roberto Firmino and Mohamed Salah, with one tweak seeing midfielder James Milner drop in to replace substituted left-back Alberto Moreno.

It allowed the visitors to maintain their pressure and Burnley cracked again soon after.

And Shaqiri believes they have to retain that mindset in every game.

“We have to be brave in these games. We know we are going to have a lot of possession, but obviously we have to defend well,” said the Switzerland international. 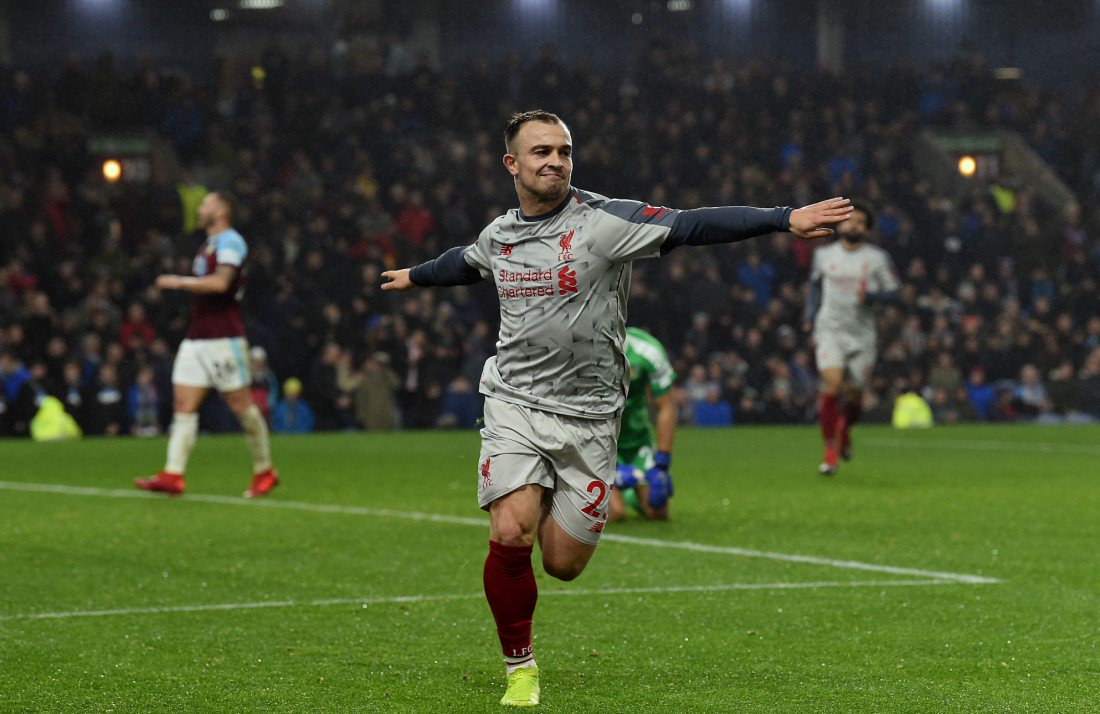 “At half-time he (Klopp) just said we have to be more in the game, more lively in the game, and to win the ball more because a lot times we played not forward but back.

“They scored – I don’t know if it was a foul (on the goalkeeper) or not, but they decided to give the goal.

“We weren’t exactly perfect on the ball, but in the second half we did better and we managed the game very well and then we scored three goals.

“It was most important to take three points from here, which we know is not simple, so in the end we are happy.”