For a moment when the government said that everybody will join high school next year most people thought it was a joke but it was serious business.

Most students who scored highly in KCPE have started receiving the letters calling them to join various schools. From the look of things most of them sound betrayed by the selection.

The number of students who scored marks that would land them to National Schools was higher and most of them expected top schools letters but that is not the case.

Maybe some are not aware that the government increased the number of National Schools across the country.

Most students are complaining about not getting their first choice selections in the just finished form one selection. These tears are mostly from top student who only were aiming to join schools such as Starehe High School, Alliance, Mang’u and for the  girls also schools like State House Girls, Kenya High and more but it has turned the other way round.

A day after education cabinet secretary Amina Mohamed launched the form one selection exercise for the KCPE class of 2018.#KTNPrime pic.twitter.com/rRyP2VQZIq

The parents also feel that their children are being posted to schools they even don’t know but they just have to bear with it because it is final and their is no reprieve to it. 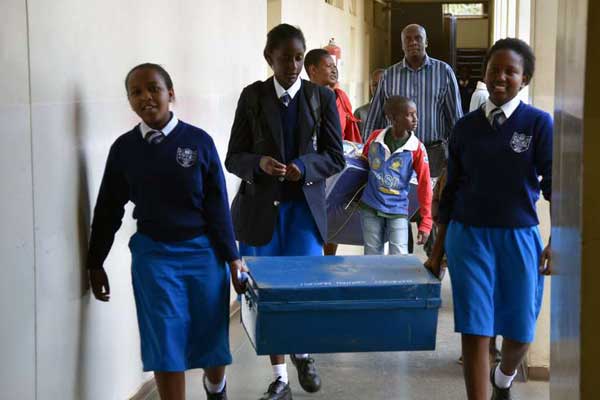