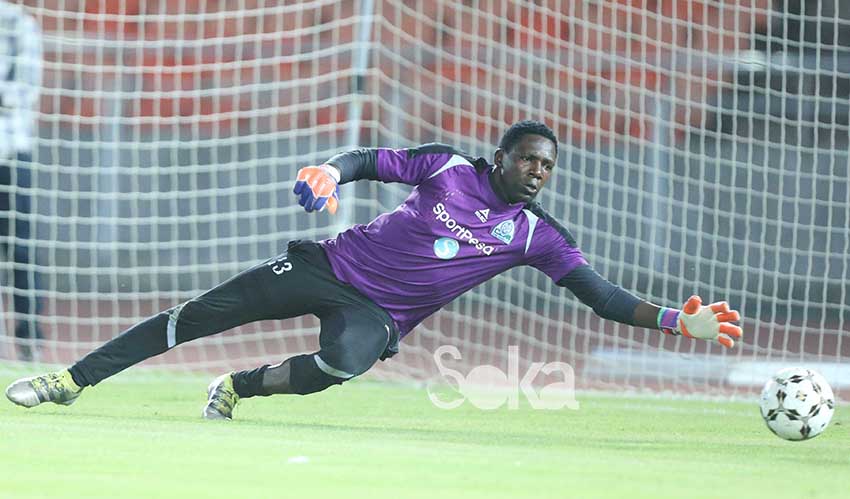 Gor Mahia’s Boniface Oluoch denied Malawi’s Nyasa Big Bullet the chance to progress to the next round of the CAF Champions League by saving a penalty minutes to full time.

The goalkeeper ensured that Gor Mahia progressed to the next round of the CAF Champions League by eliminating Malawi’s Nyasa Big Bullets in Malawi today.

The Malawians had taken the lead in the second half to tie the game 1-1 on aggregate. They were then awarded a soft penalty in the 88th minute and Oluoch proved to be the hero as he saved the penalty.

Boniface Oluoch’s 87th minute penalty save that forced the game into penalty shootouts. He’s the hero of the clash between Gor Mahia and Nyasa Big Bullets of Malawi. #Sirkal #Kogalo #CAFCL #GorMahia pic.twitter.com/vCQE0UiCVE

Boniface Oluoch was the hero as Gor Mahia beat Nyasa Big Bullets of Malawi 4-3 on post match penalty kicks to advance to the next round of the CAF Champions League. The two-legged tie ended with an aggregate score of 1-1. #BambaSport #CAFCL pic.twitter.com/aBUTsmnz7q

While visitors Gor Mahia looked comfortable with a draw, the hosts who needed a win couldn’t even find their way into the final third.

It would however only take Nyasa dangerman Chiukepo Msowoya ten minutes after the restart to pull the tie back level for 1-1. A thunderous strike from over 35 yards found Boniface Oluoch flat-footed and in it went.

Francis Mustapha’s header could have been the reply Gor needed but only with a little more precision. Having done well to get on the end of Samuel Onyango’s cross, the Burundian could not execute his header well.

(Aggregate 1-1)… and Gor Mahia through to the next stage after winning 4-3 on post match penalties.

Ondiek Bernard was then thrown into the fray for Erisa Sekisambu in the 70th minute.

Ondiek, scorer of the lone goal in Nairobi, could have hoped for a better return ball from Mustapha ten minutes after his introduction but it never came, a nice interchange of play in the Nyasa danger area ending in loss of possession. 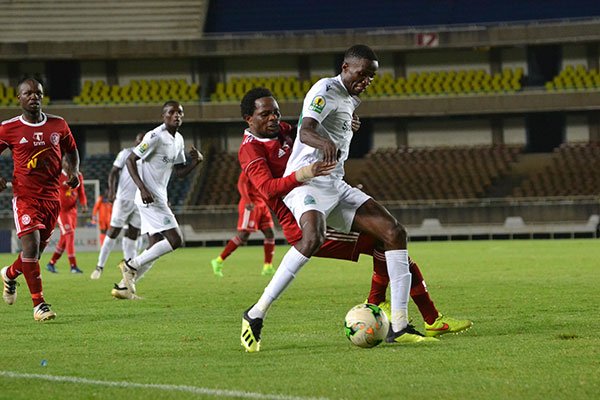 Msowoya made amends for his initial miss in the game to score the opener in the shoot-outs. Bernard Ondiek responded well. Next up was Miracle Gabeya who had his shot saved by Oluoch. Humphrey Mieno then made it 2-1 and John Lanjesi 2-2.

Substitute Boniface Omondi’s kick made it 3-2 after three attempts from each. Center-back Yamikani Fodya beat Oluoch with Nyasa’s fourth kick to bring it 3-3. His opposite number Harun Shakava was not going to miss from the spot and he made it 4 out of 4 for Gor.

Right full-back Pilirani Zonda was supposed to rescue the hosts as he took Nyasa’s last kick but could only find the crossbar. Gor Mahia did not even need to take their last, reaping the fruits of their efficiency from the spot and comfortably winning 4-3.