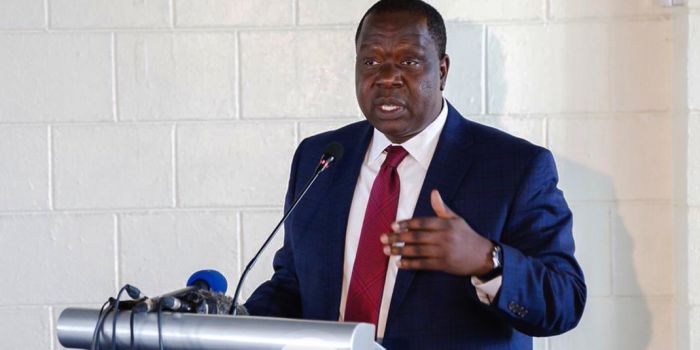 If the State can no longer guarantee your safety and security what do you do?

Affluent Kenyans are increasingly choosing their options when it comes to protecting themselves in the midst of high crime levels in the country,from heavily fortified compounds to firearms.

However,Interior CS Fred Matiangi has disbanded the Firearms Licensing and Control Board and ordered that all licensed guns be reverted.

Speaking during the orientation of new IPOA Board Members, the CS explained that the changes were to be undertaken with an aim of reconstituting a new body.

“We are in the process of reverting all Firearms in the view of security and safety,” he stated.

He stated that the Ministry was in the process of building a solid platform so as to move the security sector in the right direction.

“This is something we have to learn as Kenyans  we can hold different mandate and perspective on things but we can still work together for the greater good adding that half of the challenges we have would be solved if we changed our attitude”,Said Matiang’i.

The CS further urged Kenyans to change their negative attitude towards the police service.

“The time has come for us to change our attitude in the manner in which we work,”stated the CS.

He further explained that ,”We need to walk away from the populist stereotypical way of looking at different sectors like the police  things like police are the ultimate sinners and all holy people are elsewhere. It does not work that way!” he added.

The easier access to licensed guns by the rich and influential means that the misuse of guns among Kenyans who own firearms is now frequent. It is not uncommon to read stories of drunken politicians or celebrities who draw their guns in public at the slightest provocation.

Some of these licensed gun owners are not shy about using their firearms  or at least threatening to use them  on those who get in their way.

Do you think Matiang’i’s move will help curb insecurity in Kenya?