He released a last-minute memo with new instructions.

The Director of Public Prosecution (DPP) Noordin Haji has made an emergency move as the matatu crackdown begins on Monday.

In a memo to his team, DPP Haji asked prosecutors to brush up on traffic rules and anticipate an influx of cases to handle.

The DPP urged the lawyers to ensure speedy processing of the cases to avoid a major backlog.

“All prosecution Counsels are notified of the planned operation that will kickoff on Monday countrywide.

“The expected upsurge of arrests will require adequate preparation and prompt processing.

“All Counsel will be expected to appraise themselves of the law, the ingredients and commensurate sentences ahead of the operation,” the memo from the DPP’s office read in part.

Haji further asked his heads of departments to cooperate with other authorities to ensure a smooth administration of justice.

The Monday crackdown begun early as many commuters opted to carpool or walk to their various destinations. Police officers were also stationed on various routes conducting spot checks on PSVs to assure compliance with the stern rules.

A transport crisis is looming Monday following a decision by Public Service Vehicle operators to withdraw their services.

The decision to withdraw the vehicles from roads was reached last evening following deliberations by representatives of PSV operators. 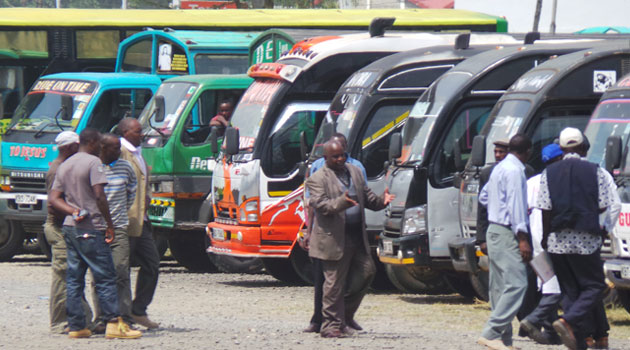 The move came after the government announced that the crackdown on vehicles without seat belts, speed governors or a bold yellow line will begin Monday.

Starting Monday morning, such vehicles will not be permitted on the road as the government enforces rules gazetted 15 years ago by the then Transport Minister John Michuki in an effort to tame the rogue matatu industry.

Kenyans who use PSVs will therefore be forced to look for alternative means of reaching their destinations.