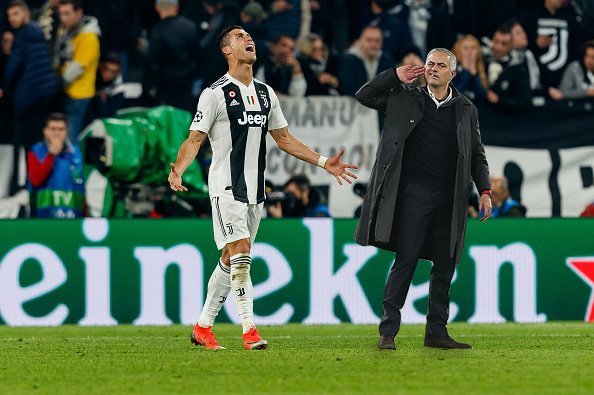 Following a memorable 2-1 win away to Juventus in the UEFA Champions League, which saw Manchester United score two goals in the final five minutes, Jose Mourinho was seen walking on to the pitch cupping his ear.

The manager returned to his enjoyably mischievous ways rather than modelling a dour demeanour. As a fan, it’s great to see and hopefully there is more in store for the Manchester Derby on Sunday.

After the game, Mourinho insisted that was no disrespecting Juventus, who he claims to have respect for…

He was simply responding to the abuse their fans had given him over the 90 minutes and at Old Trafford last month.

“I was insulted for 90 minutes,” Mourinho said, as per The Guardian. “I do my work and nothing more. At the end I didn’t insult anyone, I just did the gesture that I wanted to hear them more. I wouldn’t do it again. But I came here as a professional that does his work and people insulted my family, this is why I reacted this way. I don’t want to think about it.”

Mourinho spent two years in Italy managing Inter Milan between 2008-10. During that time, he won two Serie A titles, with the 2010 triumph contributing to a memorable Treble-winning season.

Juventus fans didn’t enjoy Mourinho’s spell in Italy and let that known to the Portuguese tactician in recent outings.

However, ESPN journalist Mark Ogden didn’t take too kindly to Mourinho’s antics at the end, claiming the boss was making it all about him after United’s smash and grab win over Juventus.

Contrary to that, though, Samuel Luckhurst of the Manchester Evening News quoted Paul Scholes and accused the United legend of being bitter because Ryan Giggs was overlooked by the club when appointing Mourinho as manager.