Recently there has been quite the uproar in Kenya about Deputy President William Ruto and his rather generous harambee contributions. One news report claimed the DP has contributed at least Sh60 million at different harambees in the past six months, which by my calculations comes to almost four years worth of salary. If this and other reports of the DP’s munificence are true, then the man is in good company when it comes to Kenyan politicians who appear to have had seemingly inexhaustible funds.

Ruto is a most “generous” giver. On April 6, he reportedly gave Sh.15 million to Murang’a High School. On June 9, he gave Sh.3 million to Immaculate Primary School in Nanyuki. Barely a month later, had he donated Sh.5 million to Kairuri Catholic Church in Embu.

In May, he gave Sh.2 million to Holy Cross Catholic Church in Nakuru. In July, he gave another Sh.1 million to Baricho Catholic Church in Kirinyaga through Agriculture Cabinet Secretary Mwangi Kiunjuri. It rains money – the churches might as well call it manna from heaven – wherever Ruto shows up to a fundraiser in God’s house of worship. Either Ruto loves God more than all of us or something is seriously wrong.

I haven’t done a forensic audit yet, but much of the loot is directed at Central and Western Kenya, two regions that figure to be pivotal in deciding the 2022 presidential contest. 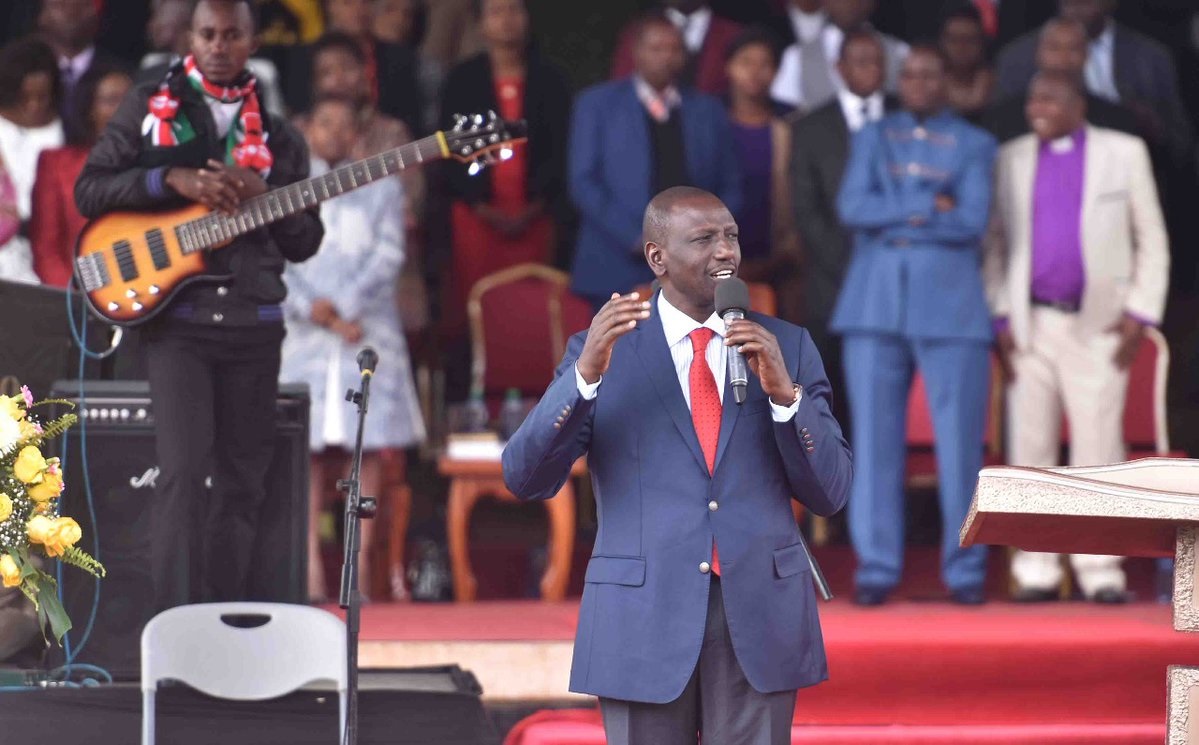 Ruto figures that he can pry the votes of reluctant electorates in certain regions through the “bribe” known as a harambee donation. But he’s targeting their softest spots – the Church and schools. Surely, he calculates who could be against “generous” giving to God and education? He must believe that those who take his money for God will be morally compelled to vote for him.

We said #HarambeeStars will receive over 50 million Kenyans in support of the game against Ethiopia. Ama namna gani? ? #AFCON2019Q pic.twitter.com/kkimxAz9Pk

To be sure, Ruto gives to all denominations, although a large share is directed at the Catholic Church. In one of his giving orgies in July, in Embu, Bishop Paul Kariuki – who in 2017 barred politicians from campaigning within the Church – heartily welcomed Ruto and his money. In the presence of John Cardinal Njue, his boss, Bishop Kariuki asked Ruto to continue giving. He attacked those politicians who will only start giving in 2022, the election year. He egged them on to “loiter” like Ruto and give now or be banned in 2022. It was a shocking marriage between the Church – with its head in Kenya looking on – and the obscene corruption of political money.

That’s why we need lifestyle audits of those at the pinnacle of power like Ruto, as (President) Uhuru Kenyatta promised. It boggles the mind how someone who has been only employed by the public all his life can amass and give out so much money. The numbers simply can’t add up. The Church must know it’s receiving odious, and possibly, illicit money.